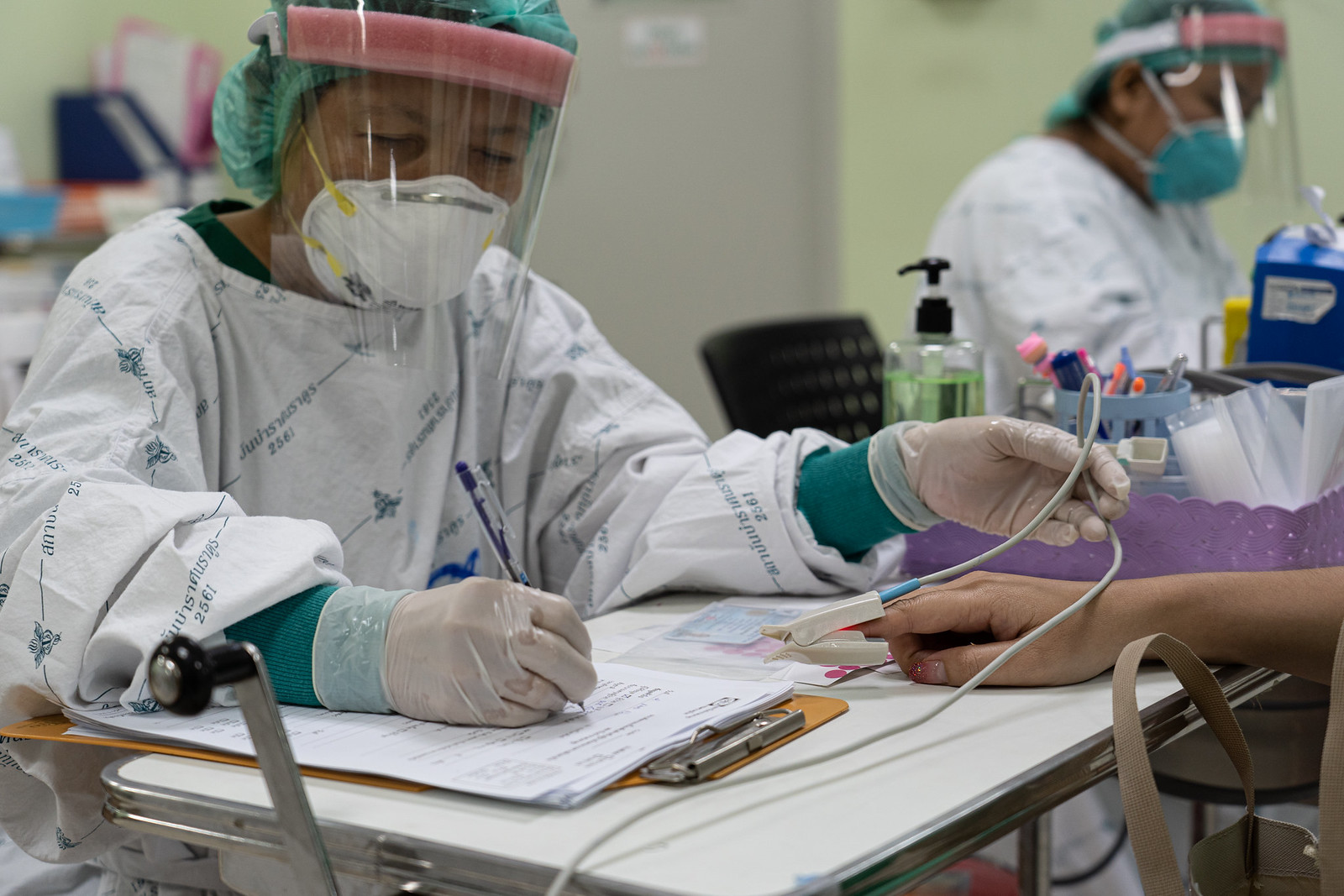 100 people under investigation have not developed any symptoms, but are still under observation.
Photo By: Some Rights Reserved by ILO in Asia and the Pacific

No other cases have resulted from the 57-year-old French woman who tested positive for COVID-19 after arriving in Koh Samui over the weekend.

These include her immediate family – a husband and teenage son – as well as the family friend who picked them up at the airport on October 15. Likewise, all the passengers of Bangkok Airways PG167, the staff of the alternate state quarantine hotel in Samut Prakan, and the medical staff of Koh Samui Hospital have all been cleared after testing negative as well.

However, they remain under quarantine and under observation even as they develop no symptoms, three days after the woman was confirmed positive and admitted to the Koh Samui Hospital.

The French woman is the Kingdom’s second case of local transmission of COVID-19, after a DJ last month tested positive while being quarantined before serving a prison sentence.

The rest of the Kingdom’s new cases came from repatriated Thais that have started returning to the country since July and who have been infected from outside the country.

The French woman, who remains unnamed, and her family arrived in Thailand in September 30. They immediately served their 14-day quarantine period in Samut Prakan, wherein they tested negative both upon arrival and immediately before being released.

After being released, they reported first to the French Embassy in Bangkok before boarding Bangkok Airways Flight PG 167 bound for Koh Samui.

The woman fell ill on October 17, but still did some shopping in Samui Big C and a 7-Eleven near their accommodation. She admitted herself to the Bangkok Hospital Samui on October 20 and was tested, but she discharged herself after one day.

The hospital forwarded the test samples to the Koh Samui Hospital, which returned a positive result but not before the woman was discharged from the hospital.

On October 22, the woman and her family were admitted to the Koh Samui Hospital, which carried out another COVID-19 test. The samples were forwarded to the Regional Medical Sciences Center in Surat Thani, which further confirmed the diagnosis.

Almost immediately, the family and the family friend were put under observation and tested.

Likewise, the government traced the other passengers of Bangkok Airways PG 167, and placed them under “high risk” of infection. The same measures were applied to the medical staff of Koh Samui Hospital that came into contact with the French woman, and the 40 people working in the alternate state quarantine hotel in Samut Prakan.

The new case baffled authorities when it came, because of the two negative results during quarantine. Deeming this to be a case of local transmission, health authorities started an investigation and claimed that the woman was likely infected upon coming into contact with traces of the COVID-19 on the alternate state quarantine’s gym equipment.

As her date of arrival does not coincide with the start of the Special Tourist Visa, it is still a mystery on what visa she was able to enter the country. There are rumors that the family already lived in Koh Samui, but were abroad when the pandemic hit.