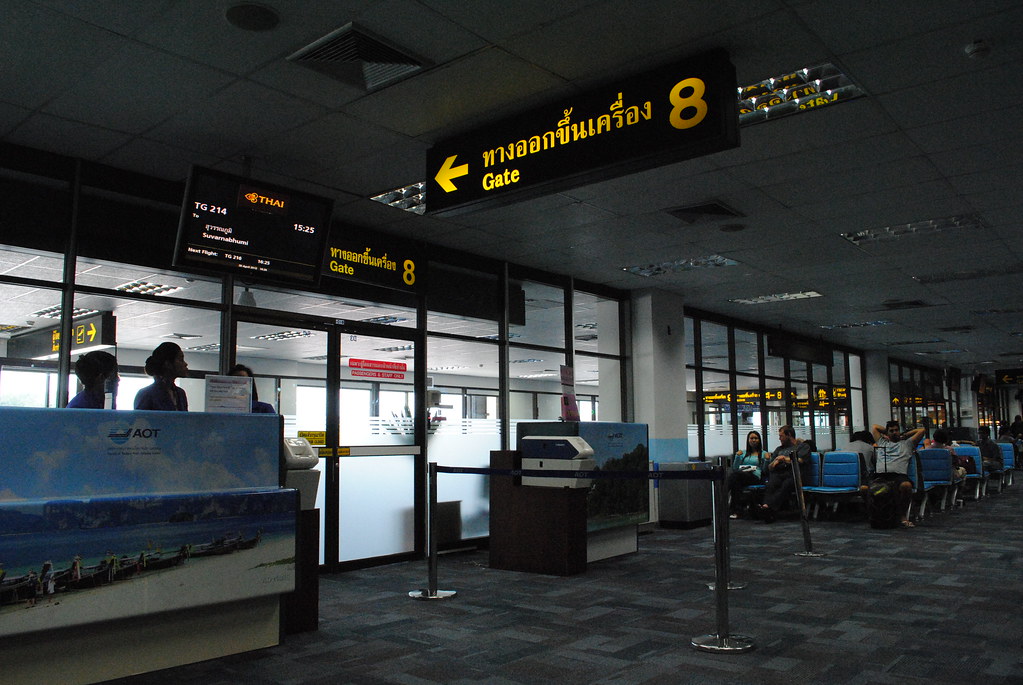 The easing only applies to arrivals from Bangkok and Samut Prakan.
Photo By: Some Rights Reserved byneochi-neer

After meeting with leaders of the private sector on Friday, the Phuket Provincial Government decided on Saturday to allow arrivals from Bangkok to skip the mandatory 14-day quarantine requirement. Arrivals from Samut Prakan are also allowed to skip quarantine.

These two provinces have the highest infection rates in the new outbreak, which began in the middle of December in Samut Sakhon. The epicenter of the infection was the Central Shrimp Market, which employed a high number of migrant workers.

The Shrimp Market now serves as a field hospital for the treatment of migrant workers, while the virus has spread to nearly 70% of the provinces in Thailand.

According to Governor Narong Woonciew, the decision to end the 14-day quarantine only for arrivals from these two provinces is intended to help the tourism industry in the province to recover and lure visitors in time for the Chinese New Year on February 12.

Chinese New Year is one of the 8 Special Holidays that were approved by the Cabinet of Prime Minister Prayut Chan-o-cha for 2021.

Members of the private sector claimed during the meeting that the strict measures imposed by the national government to contain the coronavirus has resulted to a slump in Phuket’s economy, due to the absence of foreign visitors.

While the government has rolled out the “We Travel Together” stimulus package in the hopes of spurring domestic tourism, the 14-day quarantine and other strict precautions have discouraged local travelers to the province.

For this reason, Association of Thai Hotels Southern President Kongsak Khoopongsakorn, business operators in the tourism industry have requested the province for a partial easing of the restrictions in order to give Phuket’s economy a chance to recover.

The 14-day quarantine [requirement] for people from at-risk areas is tantamount to a lockdown of the province,” he said, adding that the economy has been rendered as “stagnant” by the restrictions.

Phuket Travel Industry Council President Sarayuth Mallum echoed Mr. Kongsak’s sentiments, but also stressed the importance of other disease control measures that are already in place. He said that the authorities still need to protect both locals and tourists from getting infected by the COVID-19.

After the announcement, Provincial Public Health Chief Dr. Thanit Sermkaew said that health volunteers will be immediately informed of the government’s decision. However, he reiterated that future tourists from these two provinces must install the Mor Chana contact tracing app and register on Gophuget.com before departure.

The survey sampled 1,884 tourism-related businesses. 34.7% of the respondents admitted to throwing in the towel and closing their businesses for good. 65.3% say that they continue to try and operate in this uncertain landscape.

These respondents operated in the sub-sectors of travel agencies, restaurants, car and bike rentals, accommodation and public transport.