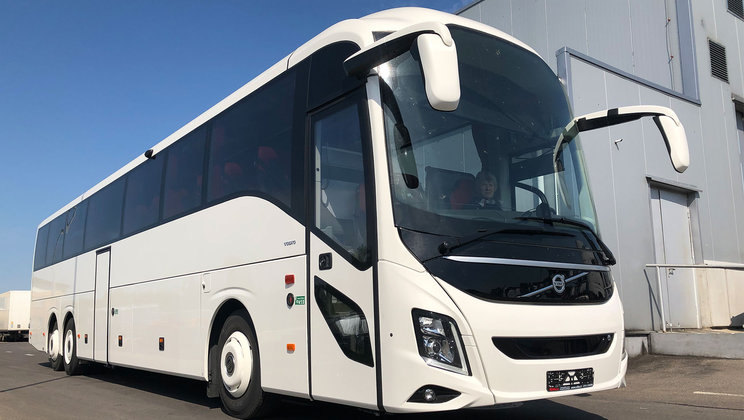 A new petition by Phuket tour vehicle drivers and operators is seeking for a stay on their car loan installments for up to 1 year.
Photo By: VolvoBuses

More than 700 tourist drivers and tour operators have signed an open letter and petition seeking relaxation of their auto loan payments, citing difficulties in business due to the COVID-19 pandemic.

At 9 am this morning, a group of 50 people comprised of van and taxi drivers gathered in the outskirts of Phuket Town to gather signatures for a petition asking Toyota (Thailand) to delay the repayments of their auto loans for at least three months or up to one whole year.

Citing lack of revenues from the pandemic, the group also asks for Toyota to not add any interest to delayed payments on vehicle that operate as tour transports for tourism.

According to Narong Chutong, one of the leaders of the group, they have gathered 709 signatures from the tour vehicle operators in Phuket.

Earlier this month, a group of 100 entrepreneurs also gathered in front of the Phuket Provincial Hall in order to formally request the government to provide financial aid to their tourism-related businesses.

The group, which called themselves the “COVID-19 Affected People Club,” brought with them a petition with signatures from 4,600 other tourism business operators.

According to the club president Thipsukhon Thongtan, the petition has two requests for the government, both in the provincial and national level.

First, they are asking the government to amend the criteria in assessing the eligibility of business applicants for soft loans. Current criteria in place, Mr. Thipsukhon said, disqualifies many of their members who are in need of financial assistance to survive amidst the pandemic.

Second, they are seeking government help in extending loan payments on any new soft loans for up to one year after being taken out. This can keep the banks from seizing their assets due to non-payment of terms as a result of financial difficulties caused by COVID-19.

The second request also asks the government to issue a moratorium on all existing loans, also for one year.

Phuket, like the rest of the Kingdom, relies heavily on tourism for revenues. Foreign tourism makes up at least two-thirds of those yearly revenues.

With the ban on international air travel in place, foreign tourism throughout Thailand has come to a standstill. With no foreign tourists visiting the province, Phuket’s revenues have crashed significantly – a story that is repeated in every tourist destination in Thailand.

In an attempt to keep the industry afloat, the government has released stimulus packages that will allow Thais to subsidize their travel expenses. This is intended to boost domestic spending, particularly towards tourism.

However, without foreign tourism, business owners feel that they are headed for closure.

Travel agents and hotel operators warned the government last month that, without foreign tourism, many establishments would be forced to close and sell their properties to foreign investors. This will mean the loss of jobs for “tens of thousands” of locals who are employed in Thailand’s most lucrative industries.

The Association of Thai Travel Agents also said that 80% of its members are in danger of closing down their businesses without foreign tourism.