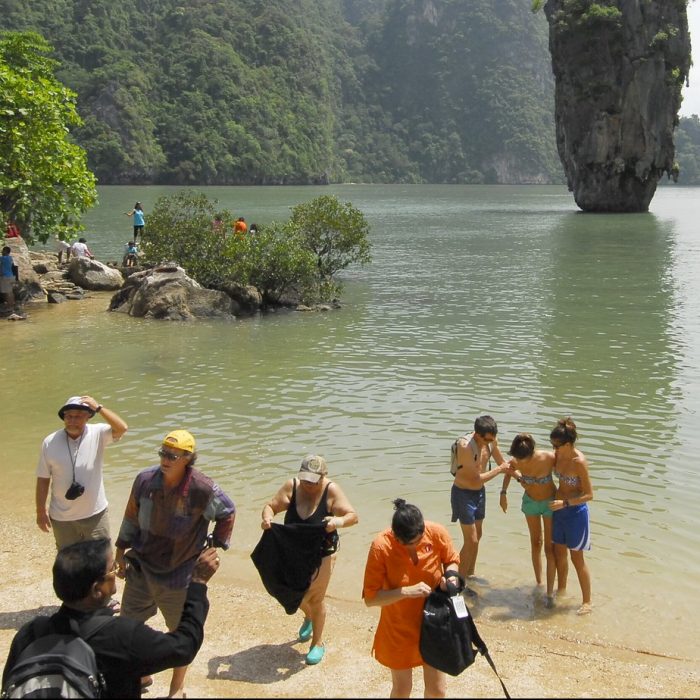 Foreigners with one-year permits to stay in Phuket must finish their applications by Friday, October 30.
Photo By: Some Rights Reserved by John Tewell

It has nearly been a month now since the government opted to extend the expired visas of stranded foreigners for the fourth time since April. The deadline of October 31 is now looming near, and the government in Bangkok has not made any indication of making another amnesty.

With October 31 falling on a weekend, Phuket immigration officials are urging foreigners in the island province to report to their office and extend their one-year permit to stay visas or face expulsion from the country, by Friday.

According to Phuket Immigration Deputy Chief Lt Col Udom Thongchin, they will not be opening their offices on Saturday. Thus, these foreigners will have to make sure that they accomplish their business with Immigration by Friday.

“Don’t expect an extra day to get a visa extension. Come to our office and get your business done before Friday,” Lt. Col. Udom called out to any expats or tourists who still have visas that require an extension.

When asked as to how many foreigners are left in Phuket with expired papers, Lt. Col. Udom said that there are “not many” of those on the island who need to have their documentation renewed or extended.

“There are about just over 200 foreigners that still need to do so,” Lt Col Udom said.

The Deputy Chief of Phuket Immigration, however, assured the foreign population of Phuket that, should there be any changes, he will inform them right away.

Should one-year permit to stay holders be granted an extension, it will be effective immediately on November 1 and will be valid for 60 days.

Those who apply late for their extensions will be fined as what is mandated by the law.

The topic of one-year permit to stay renewal has caused considerable concern among expatriates living in Phuket.

These foreigners, who have been living in Phuket for years and already established businesses for their income, are unable to meet the minimum income requirement for their extension. There have been no word from the Immigration officers in Bangkok on how to address this roadblock, so Immigration officials in Phuket advised them to delay their application until September 15 pending notice from the capital.

However, as September 15 came with no update from Bangkok, the Phuket Immigration Office advised them to apply for the special 60-day extension offered by the government for foreigners who have been stranded in Thailand since the lockdown in April.

Due to large numbers of foreigners flocking to Immigration offices in the two weeks before the visa amnesty was set to expire on September 30, the national government in Bangkok declared another amnesty that is set to expire on October 31.