Phuket Gets Ready for Vaccination Program 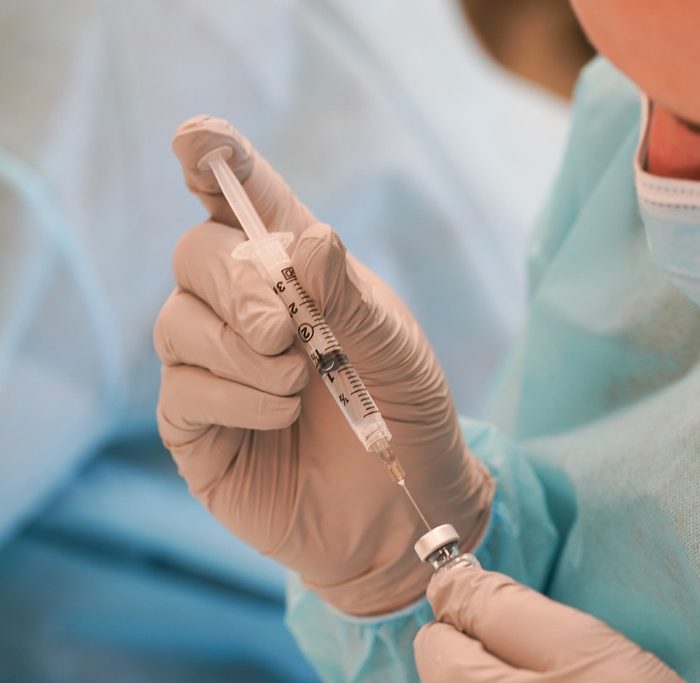 Phuket will receive its 4,000 doses at the end of the month.
Photo By: Some Rights Reserved bygovernorandrewcuomo

The province of Phuket is getting ready to roll out its own vaccination program independently of the national government. On Thursday, the provincial government held a vaccination rehearsal at the Vachira Hospital that was attended by top health officials in the region and province.

The rehearsal was attended by Dr. Pitakpol Bunyamalik, an Inspector General of the Ministry of Public Health’s Region 11 office, as well as Dr. Apichat Romsom from the same office. Phuket Vice Governor Pichet Panapong was also present to observe the procedures.

Phuket had previously announced that it was receiving 4,000 doses from the 376,000 doses that the government has stockpiled from both AstraZeneca and Sinovac. The province’s administration had said that it, together with Chon Buri, Surat Thani and Chiang Mai, is going to be receiving this allocation because of its significance to the country’s economy.

Dr. Chalermpong Sukontapol, director of the Vachira Phuket Hospital, said that the province will be receiving the 4,000 doses by end of this month.

Vice Governor Phichet also said that Phuket is to receive 16,000 and 48,000 doses in April and May, when Sinovac delivers the second and third batches of the government’s 2-million order.

“The government… has allocated the COVID-19 vaccine to Phuket Province to build herd immunity, restore the economy, return a smile to Thailand,” the Vice Governor had said earlier this week.

He added that the provincial government’s efforts are meant to make people in the province confident that they will be safe as they receive the vaccine. He also said that the government will set up a system that will allow it to render follow-up care with recipients after they have been inoculated with the jab.

Vice Governor Phichet laid out the order in which the vaccine will be distributed according to priority.

The first recipients, he said, will be personnel working in the medical and public health sectors. Afterwards, front liners who interact with the general public will be inoculated with the vaccine to reduce their risk of infection from their line of work.

The next group of people to receive the vaccines will be those who are aged 18-59 years old, as well as people with underlying conditions like chronic respiratory disease, heart diseases, renal diseases, cerebrovascular diseases, cancer, diabetes and obesity.

When asked how the government will determine the recipients from these groups, Vice Governor Phichet said that physicians will browse through databases maintained by hospitals and find the ideal recipients.

He warned people with neurological conditions and pregnant women about taking the vaccine, telling them to be wary of the jab. He also extended the same warning to lactating women and people whose immune systems have been compromised.

Vice Governor Phichet said that recipients of the Sinovac shot will have a follow-up inoculation after 2-4 weeks. On the other hand, those selected for the AstraZeneca vaccine will be given their second shot after 10-12 weeks.

In addition, after their first shot, the government will be following up on the recipients to determine if they have allergic reactions to the vaccine. Follow-ups will be undertaken after one day, seven days and a month after the vaccination date.