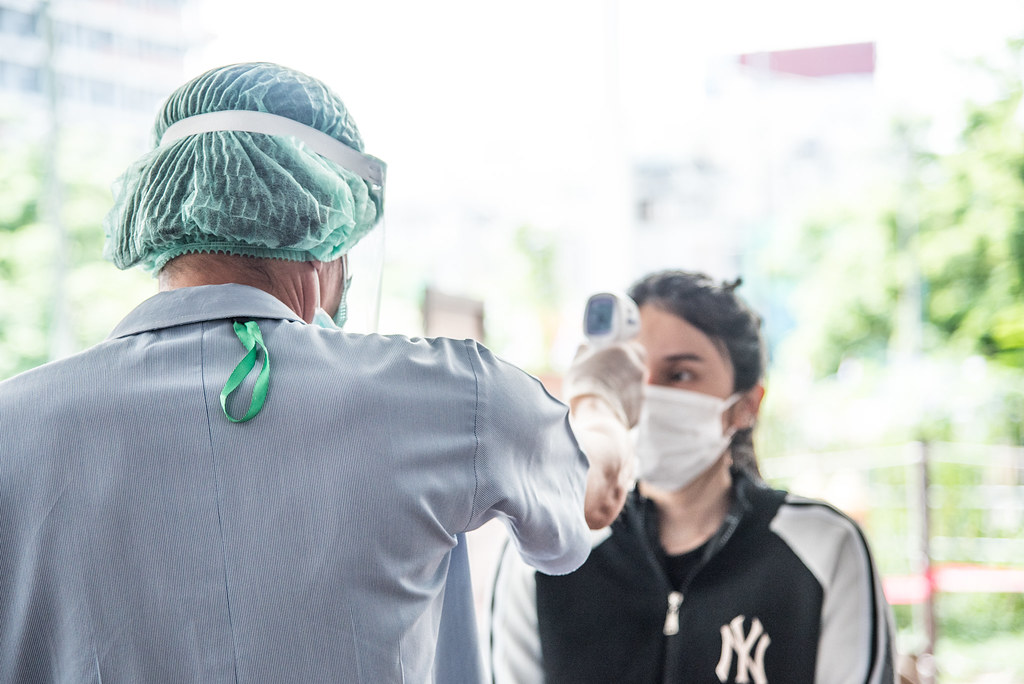 The province is wary after three Thai women returned from Myanmar by skipping quarantine checkpoints and later testing positive for COVID-19.
Photo By: Some Rights Reserved byWHO Thailand

The province of Phuket is now on high alert against COVID-19 following reports that Thai returnees have allegedly entered the province without going into quarantine.

According to Deputy Governor Pichet Panapong, the province has decided to issue an alert after reports said that the three Thai returnees from Myanmar, who tested positive for COVID-19 in Chiang Mai and Chiang Rai, had bypassed border checkpoints by going through natural borders instead of the official crossing points established by the government in the two provinces.

The Deputy Governor said that they will be monitoring closely the migrant workers that are living in the province, particularly those from Myanmar.

Mr. Pichet also called on Burmese workers in Phuket to follow protocols set for disease control, or else be expelled from the province.

He also urged them to act as “eyes and ears” of the government, and implored them to report any suspicious individuals to the immigration agency or the police force.

These decisions were arrived at during a meeting of the communicable diseases control committee in Phuket. The meeting itself was done at the request of the Thai Yachting Business Association, in preparation for receiving tourists on board cruise ships in the near future.

Six yachts have already docked in Phuket in the previous week, while a few more are awaiting approval for their application to enter Thailand. The tourists and crews are currently on quarantine inside their vessels, and have been subjected to swab testing as well upon arrival.

The meeting also touched upon the possibility of establishing a quarantine facility for illegal migrant workers that will be caught sneaking into the province.

Phuket has already prepared 21 alternative quarantine facilities in anticipation of the reopening for foreign tourism. This gives the province a total of 2,554 rooms to serve foreigners during their mandatory 14-day quarantine, but only a Dutchman and his wife had arrived on Phuket under the Special Tourist Visa and are currently on quarantine.

The Dutchman was found to be positive for COVID-19 on November 5, and is currently under treatment in a hospital associated with their ALSQ hotel. The wife has not returned a positive result in swab testing.

726 people, including the Dutch couple, are currently on quarantine, but none except the Dutchman had tested positive for the coronavirus. Four of these people are inside yachts for their quarantine period.

Phuket had been touted as the pilot province of the revamped “Safe and Sealed” plan of the government, but locals expressed apprehension to receive international tourists once again because of the pandemic.

The province was supposed to receive the first 120 tourists from Guangzhou, China under the STV, but their arrival was postponed to give way to domestic tourism for the Vegetarian Festival in late October.

The Dutchman and his wife were the first tourists to arrive in Phuket under the Special Tourist Visa.