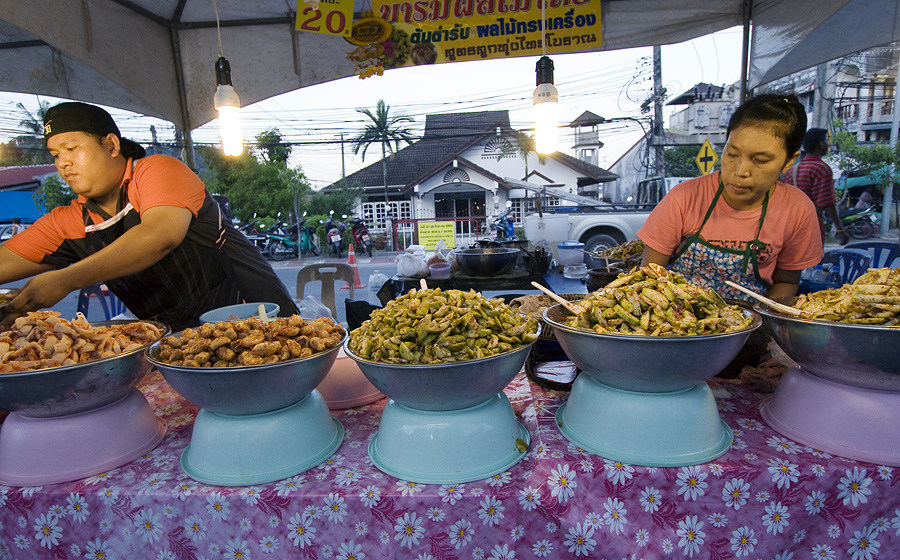 The market will be open 2 pm until 7 pm, today and tomorrow.
Photo By: Some Rights Reserved byJamie Monk

Phuket’s government has officially unveiled the two-day “Commerce Market” in Wichit. The market is set to remain open today and tomorrow, and aims to generate roughly THB500,000 in revenues for vendors in the province.

According to Ms Premmanee, the project, which they called as “Commerce creates happiness for people”, is just the spearhead of a drive by the Phuket Provincial Commerce Office to create sources of revenue for vendors that have been badly affected by the economic crisis and the COVID-19 pandemic.

In fact, the Phuket Commerce Office head said that her office will be unveiling more similar projects until end of next month. She also said that they have been authorized the funds necessary to embark on these numerous projects aimed towards stimulating market spending by locals, as well as to promote market channels and distribution links.

The Department of Internal Revenue will be pitching in to the project as well through promotions.

These projects are also designed to complement the domestic tourism drive of the Cabinet during the long weekend holidays from today until end of January 2021, Ms. Premmanee said.

As people like to travel in groups rather than by themselves, this could lead to more spending during their travels.

“This will continue to stimulate and restore the domestic economy,” she added.

Ms. Premmanee then said that they are estimating total revenues from the Market to be at least THB500,000 for two days.

People in Phuket can visit the market and partake of the goods and entertainment offered anytime between 2 pm and 7 pm today and tomorrow.

Ms. Premmanee revealed that attendees will receive purchasing coupons which they can then redeem when purchasing items from the various stalls selling in the market.

In his speech, Phuket Vice Governor Phichet said that it is imperative the government finds means to boost domestic tourism in order to recover lost revenues from the lack of foreign tourism. Foreign tourists have not been able to visit Thailand en masse since April due to fears of a second wave, and the stringent requirements of the Special Tourist Visa.

“Encouraging more Thai tourists to travel in Phuket… is an urgent mission to stimulate the economy [of the province],” he said.

These would include creating new attractions for domestic tourists to visit. Vice Governor Phichet said new attractions can be activities that “touches the daily lives of the local people” in order to provide a contrast to the usual tourism that happens in Phuket for both domestic and international tourists alike.

The Vice Governor acknowledged the Ministry of Commerce’s activities stimulating local products and markets, calling the projects as “another tool to help solve this problem,” referring to the lack of revenues for vendors in the province.