Phuket May Be First to Open to Tourists Once Plans Are Finalized, Tourism Head Says 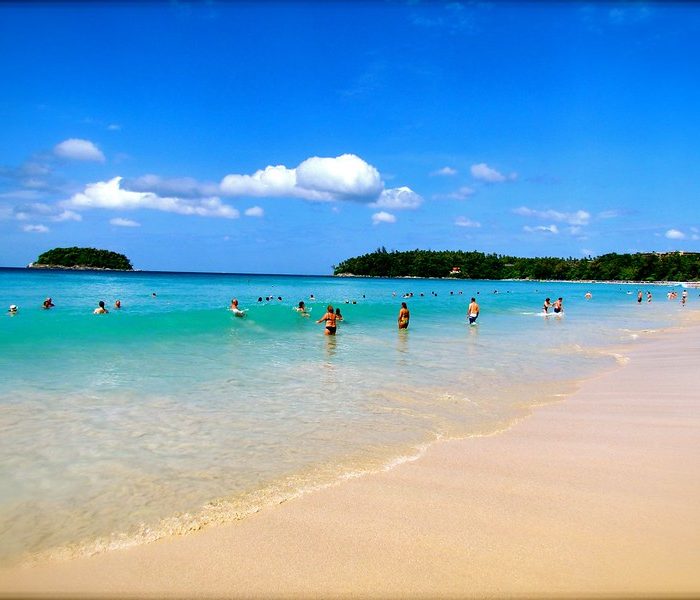 While there are no solid plans to reopen Thailand for tourism, reports indicate that Phuket may be first to accept tourists once the government declares that border restrictions are lifted.

According to the Department of Health Director General Panpimon Wipulakorn, Phuket remains the ideal province to kickstart the gradual reopening of foreign tourism because of its isolated location and self-containment.

Citing the need for alternative state quarantine facilities, Tourism Authority of Thailand deputy governor Thapanee Kiatphaibool said that a number of hotels in Phuket as well as other big cities in the Kingdom have indicated willingness to register and operate as ASQ facilities under the Health Service Support Department.

To minimize risk of contamination, tourists will be directly flown to Phuket International Airport and then driven to their ASQ facility of choice upon arrival.

Phuket is also the centerpiece of a study by the Urban Design and Development Centre and Centre of Excellence in Urban Strategies (UddC-CEUS).

The study focuses on gradually attracting tourists back into the country with Phuket as the first destination of choice. The study aims to create guidelines and procedures to aid the government in reviving Thailand’s foreign tourism industry without sacrificing safety in the public health sector.

Foreign tourism in Thailand has been sent to a grounding halt in March after the government instituted an emergency decree that banned all forms of activities, including international air travel, to minimize the spread of the COVID-19 virus.

There were only 6.69 million foreign tourists who visited Thailand in the first half of the year. This is a 66% difference from the figures during the same period in 2019.

Because of stringent measures in place, the expected number of foreign tourists for this year is estimated to hit only the 7-million mark if the government is unable to reopen the country for foreign visitors before the last quarter of 2020.

Foreign tourism provides a big chunk of revenues for Thailand, with fully two-thirds of the revenues for the tourism sector.

These views are echoed by businessmen in the local hospitality industry. Thailand Hotels Association Eastern Chapter President Phisut Sae-ku warns that, if the foreign tourism industry remains closed, local players in the industry will be forced to lay off employees and sell off properties before the end of the year.

Association of Thai Travel Agents Vichit Prakobgosol also said that 80% of its members would have to close shop if there are no plans for foreign tourism before year-end.

The tourism sector is experienced a boost last week during the four-day long weekend to commemorate King Rama X’s birthday.

Spurred on by stimulus packages that subsidized travel expenses, local tourists, including foreigners stranded by the emergency decree, visited Chiang Mai and the province of Trat, among others.

According to the Trat Office of Tourism and Sports, the province has seen 40,000 tourists in July 25-28. A huge number of these visitors headed to the islands of Koh Chang, Koh Mak and Koh Kood.

This resulted to THB328 million in revenues to the province, the Office revealed.