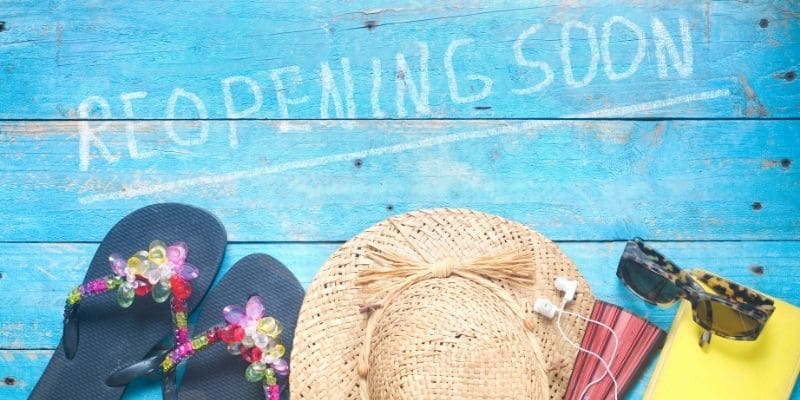 Thailand’s attempt to reopen Phuket as a tourist destination might serve as an example for other tourist hotspots in Asia seeking to open and attract tourists as measures such as travel bubbles fail.

Thailand plans to resume travel free from quarantine to its top destination in July. The first in over a year, as long as visitors are immunized against the virus and are not traveling from high-risk countries. The Phuket Sandbox is based upon the locals attaining an immunization percentage of at least 70%. It is now above 60%, significantly higher than the national average of 5%, following a determined effort to get residents vaccinated.

“Every country is considering how to open borders for tourists, and Phuket Sandbox is a very feasible option now that the bubbles that were predicted have not materialized,” Ho Kwon Ping stated in a Monday interview.

Asia is hesitant to reopen since vaccine rollouts have been slow. Additionally, several countries continue to restrict entry to residents and maintain rigorous lockdowns to keep COVID-19 infections to a minimum or near zero. For months, Singapore and Hong Kong are attempting to establish quarantine-free travel, but virus outbreaks thwarted their efforts.

Yet, European countries such as Spain and France start gradually relaxing restrictions and permitting immunized guests from New Zealand to travel quarantine-free. Although Phuket Sandbox is approved, tourists returning to their home countries may face quarantine.

Nonetheless, Ho applauds the initiative, stating that the island is the perfect place to begin due to its isolation. “You can control it,” he added. “If the infection rate increases, you tighten the screws and prevent the spread to the country.” Ho also lauded Thailand for putting in the effort rather than waiting for agreements on immunization passports verifying tourists’ vaccination records.

Vaccination continues to be critical. Phuket recorded only six new COVID-19 cases over the last week, with days reporting no local COVID-19 cases.  Thailand is experiencing an average of 2,790 new COVID-19 cases per day.  After 14 days on the island, vaccinated travelers can remain in Phuket for an unlimited time and go to other parts of the country under the reopening plan.

“The Sandbox is more than a destination. It paves the way for other countries,”  Ho stated, who built a real estate and leisure empire that includes 48 hotels and resorts in more than a dozen countries. Along with Bali, Indonesia, he suggested the idea might be expanded to China’s Hainan region and southern Vietnam’s Phu Quoc.

Thailand’s Covid-19 task force is scheduled to confirm the plan’s final details on Friday, with Cabinet authorization expected next week. Prime Minister Prayuth Chan-Ocha stated that if the project is successful, it might be emulated in other tourist areas in Thailand, including and Koh Samui and Chiang Mai .

Foreign tourist numbers to the country dropped last year, despite a special visa package launched ahead of the tourist season.  Prior to the pandemic, Thailand averaged over 3 million foreign tourists per month, and the industry accounted for almost a fifth of GDP.

With only hundreds of tourists expected starting July, Ho believes that Phuket’s Sandbox success must be measured by a “gradual” rise in arrivals instead of a spike immediately. He explained that a continuous increase would signal optimism heading into the holiday shopping season before the year ends.

“After Phuket has established its rules Chiang Mai and Bangkok have put them to the test, there is a real possibility that Thailand will be in front of Vietnam, Indonesia, and the Philippines in reviving tourism,” Ho added.