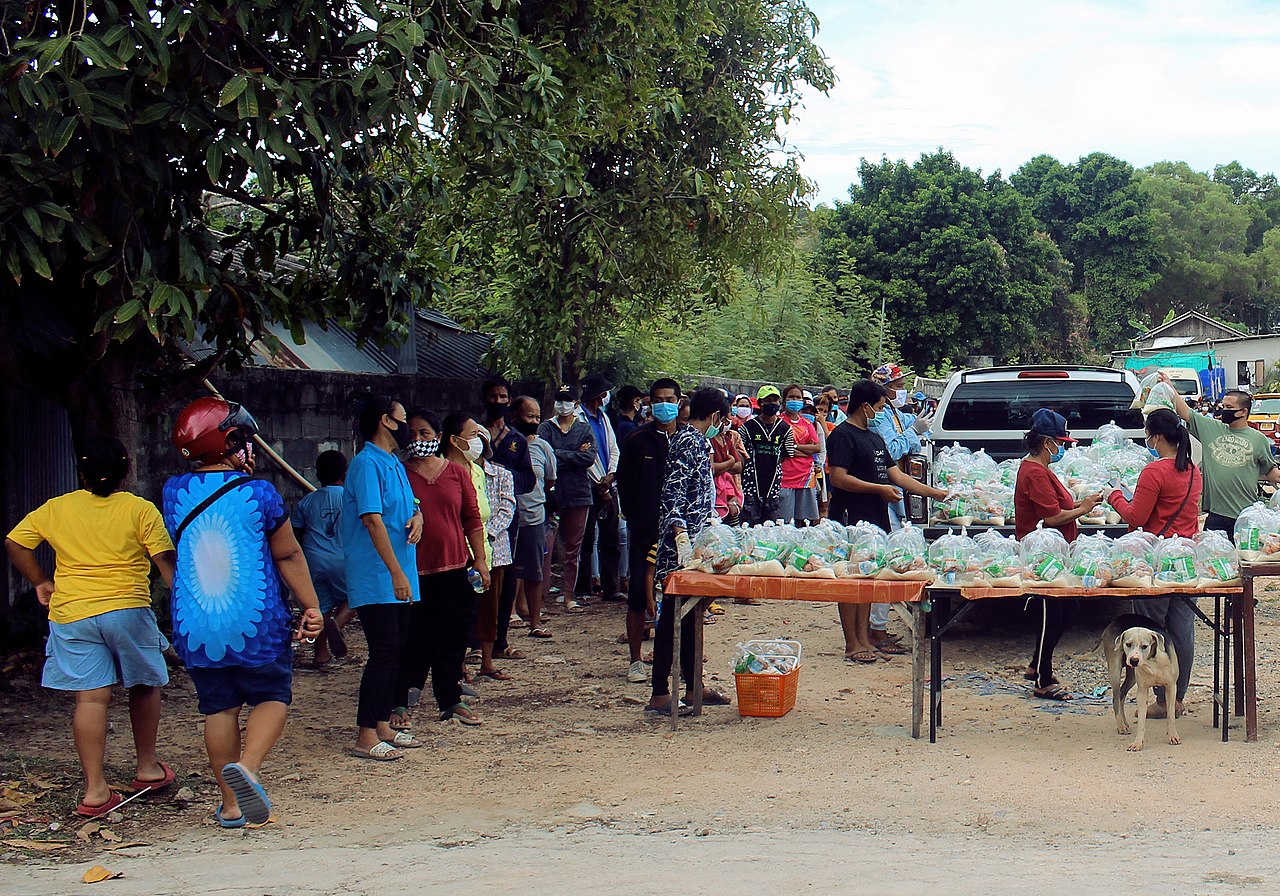 Government funds for food packages have run out in the province of Phuket.
Photo By: Per Meistrup / CC BY-SA

Residents in the island province of Phuket are now going hungry after funds of the provincial and municipal levels of government have been depleted in providing financial assistance in the midst of the pandemic.

To make matters worse, there is still no concrete plans to bring back any of form of tourism, in which the island’s economy is reliant.

In Patong, an unnamed member of the municipality’s public relations crew said that much of the population are still seeking donations in order to keep themselves and their families fed. This municipal staffer revealed that the local government has run out of funds to organize food handouts to the pandemic-struck municipality.

An expat who lives in the municipality also revealed that the group most affected by lack of food and income are migrant workers from Burma.

Until now, the expat said, people are still lining up to receive food donations, which have been produced through the efforts of some foreign residents in Phuket as well as through charitable organizations working to organize fundraising or donation events across the country.

Hopes were raised a couple of weeks ago when tourism officials led by Tourism and Sports Minister Phiphat Ratchakitprakarn and Tourism Authority of Thailand Governor Yuthasak Supasorn visited the island.

The official visit was organized to prepare the island for the much-reported “Phuket Model”, which would have revived the tourist industry in the province as early as October 1st.

However, both Minister Phiphat and Governor Yuthasak stated that the reopening might have to be pushed to a later date amidst fears and concerns among Phuket’s residents regarding the influx of foreign tourists after nearly six months of lockdown due to the pandemic.

Minister of Public Health Anutin Charnvirakul said that the government continues to support the reopening of Phuket, but plans have not yet been finalized or approved by the Cabinet of Prime Minister Prayut Chan-o-cha.

All of this casts a grim outlook on the future of the island, which Vice Governor Phichet Panaphong said has been badly hit by the crisis.

Vice Governor Phichet asked the Senate Standing Committee on Tourism to act on three requests – the extension of financial support from the Social Security Office for at least 3 months, assistance in finding jobs for 1,000 unemployed workers in the province, and approval to allow Phuket-based workers to update their registration to the Province so they can be eligible to cash assistance handed out to the province.

While there has been no confirmation on when the “Phuket Model” will actually be launched, the government had instead announced last week that tourists will now start coming in to Thailand by October 1st under the Special Tourist Visa scheme.

Holders of the Special Tourist Visa can stay in Thailand for at least 90 days, and can visit various destinations throughout the country, provided that they undergo one 14-day quarantine period in their home country and another one upon arriving in Thailand.

Minister Phiphat has already instructed tour operators throughout the country to start creating marketing campaigns around the Special Tourist Visa.