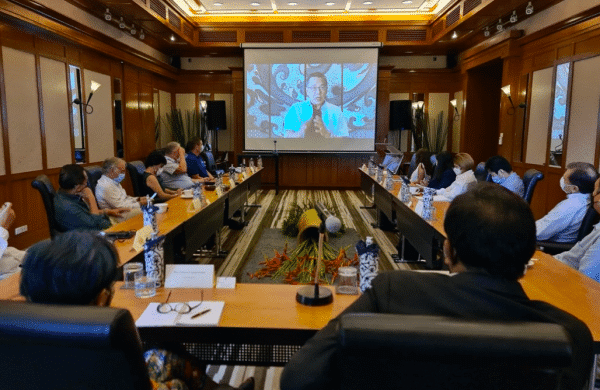 As Thailand’s capital Bangkok faces increasing infection rates, Ho insists that Phuket can lead the tourism industry in Thailand but worldwide because the first-of-its-kind Phuket Sandbox program is a guide for other places to follow.

However, the government must accept its status as a secure, self-contained destination and treat it separately from the rest of the provinces.

“We’re attempting to convince the UK government to include Phuket on the destination green list, even though the rest of the provinces of Thailand is on the “red” list. We believe that the Phuket Sandbox has a bright future. Phuket is a secure destination, and we would never jeopardize anyone’s safety.”

Siripakorn Cheawsamoo reported that nearly 300,000 rooms were reserved in SHA+ hotels until the end of the month, with 13,281 tourists and 128 flights in July. Several people traveling are from the USA, UK, UAE, Australia, France, Netherlands, Germany, Israel, and Switzerland use The Sandbox program to enter Thailand. Their average length of stay was 11 days.

The Sandbox program, which opened last July 1, 2021, aims to revive the tourism industry by allowing fully vaccinated foreign tourists to travel straight to Phuket without quarantine. Hotels must guarantee that at least 70% of their personnel has got vaccinations – the same proportion as Phuket’s population – to establish herd immunity against the virus. While the high degree of protection does not entirely protect against infection with Covid-19, it substantially lessens the risk of severe illness and hospitalization.

Based on the current data, Bill Barnett of C9 Hotelworks said,

“There could be a lot at stake, but what’s clear is that Phuket Sandbox is alive and well, and it’s working.”