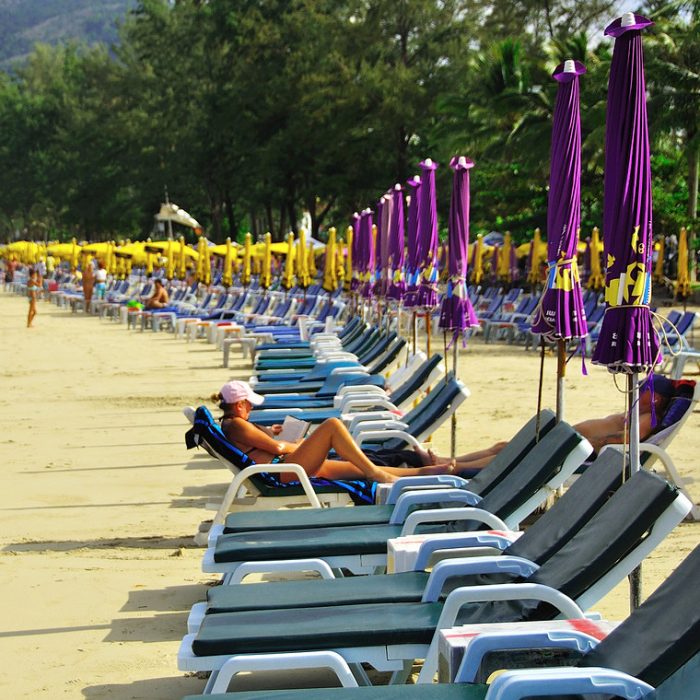 The budget will go towards building a health tourism center, and promoting Phuket cuisine to tourists.
Photo By: Some Rights Reserved by whl.travel

With the Cabinet scheduled to meet in Phuket on November 1 and November 2, the island’s provincial authorities are drafting up a proposal asking the Kingdom’s top officials for financial assistance in projects aimed towards reviving tourism and preparing for the new normal.

According to Phuket Deputy Governor Pichet Panapong, the province will ask the Cabinet during the meeting for THB3 billion as part of its post-pandemic rehabilitation efforts.

According to Deputy Governor Pichet, Phuket will ask for a budget of THB650 million to fund eight projects aimed towards reviving the economy. These projects will provide jobs for unemployed Thais in the province, as well as build new infrastructure or upgrade existing ones.

The province will also spend some of this budget in its pivot towards promoting Phuket not just as a nature tourism destination, but also as a food holiday hub.

Governor Pichet also said that they will ask the Cabinet to stimulate the local economy further by organizing seminars or trade fairs to be held in the province.

Because it is heavily reliant on foreign tourism, Phuket’s economy has literally crashed in April when the national government issued a ban on international air travel. With flights in and out of Thailand barred, there were no tourists for businesses to serve and earn revenues from in Phuket.

This situation is echoed throughout Thailand’s other tourist destinations, like Koh Samui.

Phuket has been touted for months as the pilot province for the gradual reopening of foreign tourism in Thailand. The first group of Chinese tourists bearing the Special Tourist Visa was supposed to land in Phuket on October 8.

However, this flight was “delayed” without a definite date for their arrival announced.

Several reports alleged that the Phuket Provincial Government had requested the arrival of these tourists to be moved to a later date to accommodate an expected influx of domestic tourists for the 9-day Vegetarian Festival.

According to some reports, the Phuket Provincial Government wanted to assuage fears among domestic tourists of a possible resurgence of COVID-19 during the Vegetarian Festival if foreign tourists were allowed in at the same time.

Other outlets said that Phuket officials are worried that manpower might not be enough to ensure public health and safety measures among both domestic and foreign tourists during an auspicious event as the Vegetarian Festival.

There were also reports alleging that there were actually no applicants to the Special Tourist Visa.

However, the first group of 39 tourists from China’s Shanghai arrived at the Suvarnabhumi Airport on October 20. These are now currently serving their mandatory 14-day quarantine in the alternate state quarantine hotels near Bangkok.

The Tourism Authority of Thailand also said that more groups of tourists are expected this month and early November.