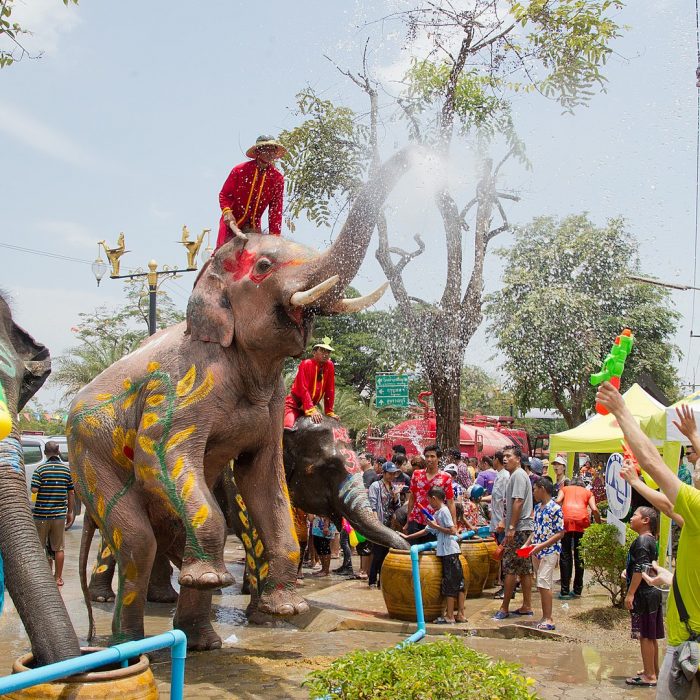 After being re-distributed into special holidays last year because of the pandemic and the ensuring lockdown, Thais can now look forward to celebrating the traditional Songkran Festival next month. However, the government stressed that disease control measures must remain in place.

According to Prime Minister Prayut Chan-o-cha, his government is now allowing the country to celebrate Songkran traditionally this year. However, everyone is reminded to continue observing social distancing rules and to practice personal hygiene to prevent another outbreak of COVID-19.

The Prime Minister also said that the government will ease travel restrictions in order to allow people to travel to places of celebration of the holiday.

“The government is in the process of considering what can be allowed, whether to permit some activities or all of them. But if the virus spreads [because of it], the government might be blamed for it,” Gen Prayut said.

He called on the general population to exercise “understanding” as easing restrictions is a heavy responsibility that the government has to take for the sake of the whole country.

CCSA spokesperson Dr. Taweesilp Visayunothin said that the Center will inform the public once the government has finalized the details of the policy that will ease some of the current restrictions in order to give way to the Songkran Festival.

Last year’s celebrations of the traditional Songkran Festival, which is Thailand’s own New Year, were postponed because of the need for social distancing as well as the lockdown on travel that the emergency decree imposed upon the borders.

The government instead created special holidays and long weekends throughout the remaining months of 2020 as substitutes for the cancelled holiday.

The long weekends were also designed to allow domestic tourists to take advantage of the subsidies offered by the government on air and hotel expenses through the “We Travel Together” stimulus package.

Culture Minister Ittiphol Kunplome said that they have issued permits to various organizers throughout the country to plan their activities, but he said disease prevention measures must be implemented all throughout the festival.

Tourism Authority of Thailand Governor Yuthasak Supasorn added that Songkran must be allowed to “proceed as usual’ after the disruption caused by the pandemic last year.

Khao San Business Association president Sanga Ruangwattanakul welcomed the development, saying that the resumption of the Songkran festival “offers hope” to entrepreneurs in his area.

Health Science Center of Emerging Diseases of the Chulalongkorn University Thiravat Hemachudha said that he has concerns on the stated relaxation of restrictions to give way to the water festival. Dr. Thiravat said that it must be determined if the decisions were made using accurate information and advice.

He pointed to the 100 infections that had popped up in a factory in Samut Sakhon that were not reported in the Center for COVID-19 Situation Administration’s daily case update. Instead, the CCSA had claimed a decline in the number of infections discovered every 24 hours.