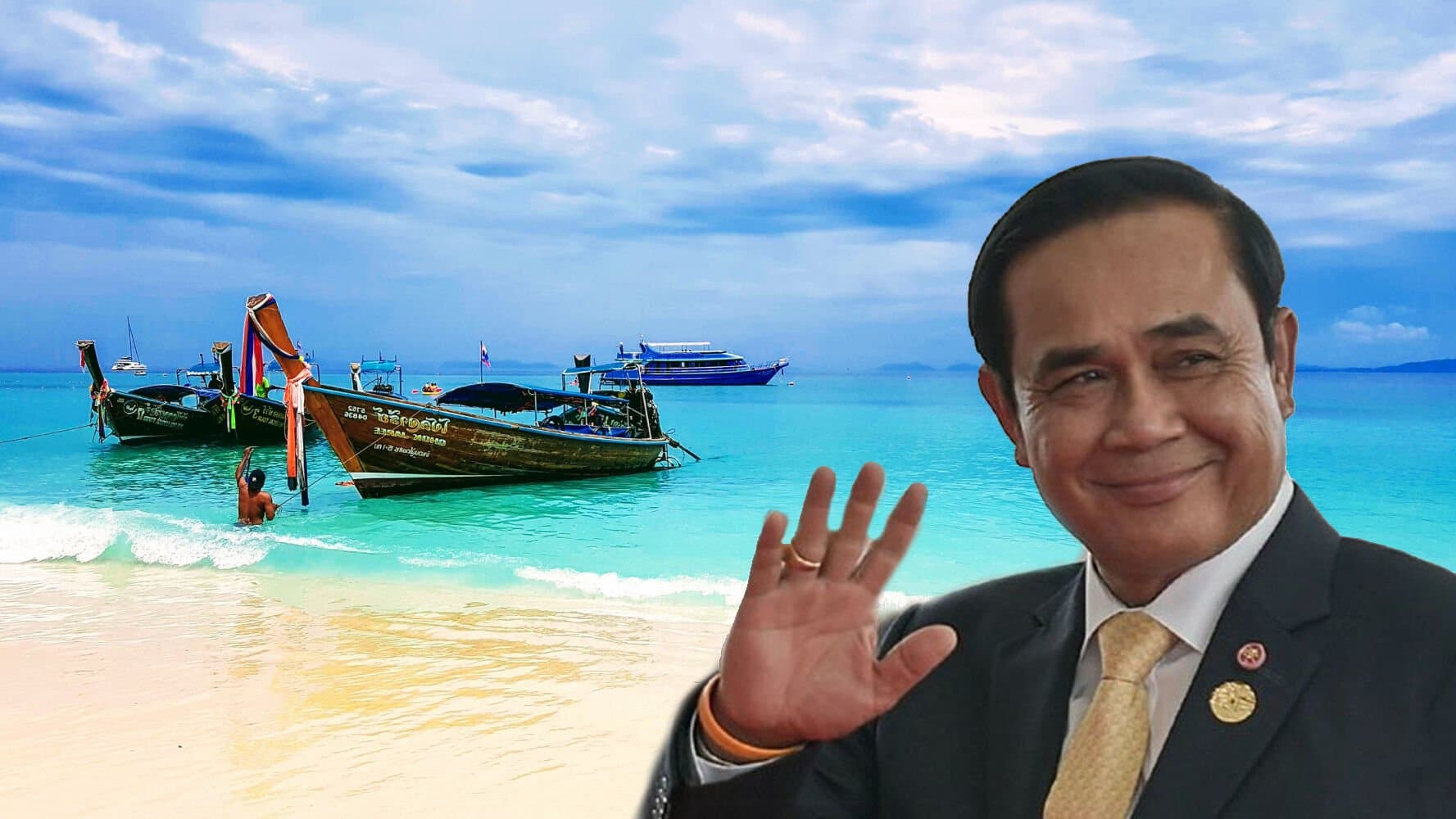 Prime Minister Prayut Chan-o-cha has announced that he will attract 1 million foreign tourists and generate THB 60 billion in income for the next 6 months by marketing Phuket (for the 2nd time) as a top travel destination.

PM Prayut used Facebook to reveal his “Phuket Transformation” idea to bring high-income foreigners to a “workation,” the latest jargon for remote work that at present is not technically legal in the country.

The Prime Minister’s mentioned numbers have been based on TAT and CESA speculations this week that 1 million travelers will visit Phuket this quarter and the 1st quarter of 2022.

This tourism program aims to get 5,000 working tourists per day in the 4th quarter of 2021 and the 1st quarter of 2022. The effort comes due to the relaxing of COVID-19 restrictions that took effect on 1 October, reducing the quarantine period to 7 days, easing curfews, restaurants and entertainment venues such as cinemas in Phuket were also reopened.

To increase the number of foreign tourists that the government seeks to attract, government officials projected about 500,000 foreign tourists will enter the country via charter flights from Germany, England, Scandinavia, and Russia starting October to March.

A process is being developed to simplify the travel to Thailand by building an online registration that verifies vaccination documents and a health exam to make the travel documentation and travel process easy.

According to Prime Minister Prayut, Phuket Sandbox has generated a total of THB 2.25 billion while the Phuket 7+7 extension program generates another THB 12 million. The Samui Plus scheme also contributed THB 66 million to the country’s economy. PM Prayut mentioned the tourism reopening program is a success and starting to revive the tourism industry.

Debt, loan, and compensation programs are underway, focusing on medium and small-sized businesses to help them remain open and retain their employees. More sectors and companies will be reopened soon.

The Prime Minister also praised the progress of the ongoing vaccination rollout with 178.2 million vaccines obtained by the end of the year and vaccines manufactured within the country in advanced testing phase and likely to rollout by 2022.

For more information on how to get into Thailand hassle-free using a Thailand Elite visa, CLICK HERE.