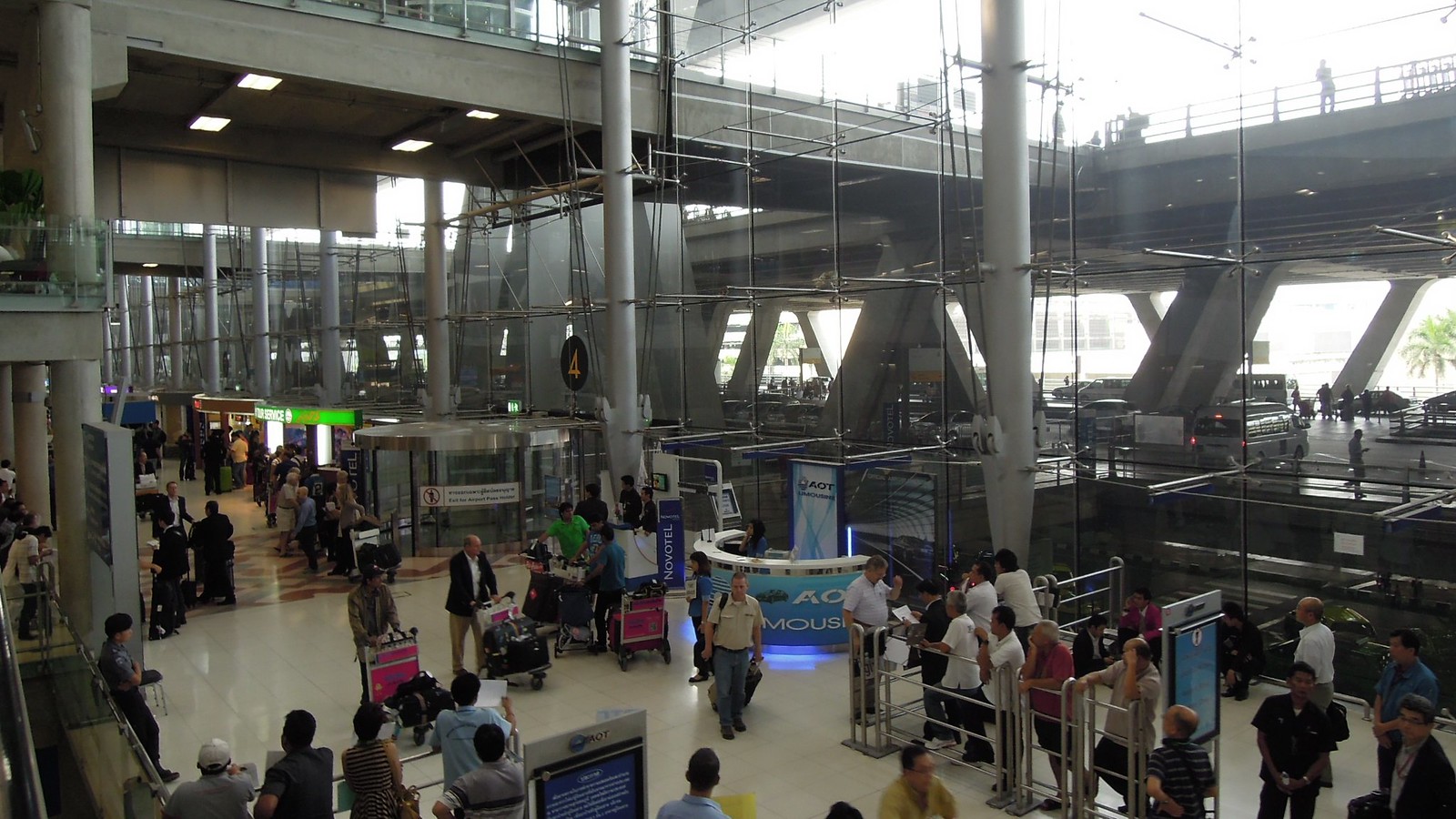 The Joint Standing Committee on Commerce, Industry and Banking believes the vaccine passport will help restore the tourism industry.
Photo By: Some Rights Reserved byDavid McKelvey

Members of a committee consisting of the top groups in the private sector are calling on the government to urgently adopt a COVID-19 passport system and speed up the possibility of increasing tourist arrivals for this year.

According to the Joint Standing Committee on Commerce, Industry and Banking (JSCCIB), the government also ink travel bubble agreements with nations that can be considered at low or moderate risk of sending tourists over with COVID-19 infections.

Thai Chamber of Commerce chairman Kalin Sarasin said that Thailand should think about implementing its own COVID-19 vaccine passport system, reminding the government that the European Union has already started recognizing the Digital Green Pass.

The Digital Green Pass allows people who have received the vaccine to freely travel within its jurisdiction.

Mr. Kalin said that the JSCCIB’s members are confident about the vaccine passport’s capability to boost the economy.

“JSCCIB is confident a vaccine passport would boost economic sentiment,” he said. “Many countries have already started mass vaccination regimes for their people.”

The JSCCIB made these statements in the wake of Prime Minister Prayut Chan-o-cha’s instructions to the Foreign Ministry to conduct a feasibility study on the potential vaccine system.

One of the tenets of the scheme is a certification issued to the passport holder after he or she has received a shot using a registered COVID-19 vaccine.

However, Prime Minister Prayut Chan-o-cha said that there is no guarantee that the proposed passport system will be effective when it is adopted in the future. He pointed out that there is a variety of opinions on the scheme even in Thailand.

The scheme also critics within the Kingdom as well, with many people questioning the effectiveness of the system when efficacy rates of existing vaccines are uncertain and there are no conclusive clinical data that demonstrates their ability to prevent transmission of the virus.

For the JSCCIB, the ongoing vaccination program of the government makes possible several prospects that can lead to economic recovery.

“JSCCIB believes the economy is recovering,” said Supant Mongkolsuthree, a JSCCIB member and chairman of the Federation of Thai Industries.

Because of this, the JSCCIB is urging the government to issue a more definitive message that will highlight the importance of the vaccine passport system in helping the tourism industry recover.

Thailand’s tourism sector, which contributes materially to the economy, has been negatively affected by the lockdown issued during the first wave of the pandemic, and then the loss of confidence following the second wave that began in December last year.

Mr. Kalin also urged the government to allow private companies to procure their own vaccines and inoculate their employees. This will speed up the process of attaining herd immunity, he added.

PM Prayut had previously disallowed private companies and local administrations to independently purchase vaccines, although he issued another statement saying that these entities will be allowed to procure vaccines after the first phase of vaccination using the 2 million Sinovac doses is completed.