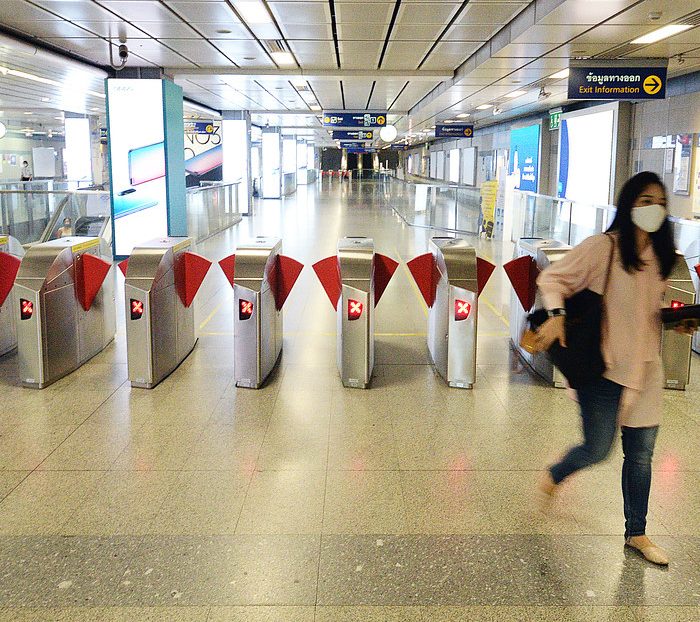 The proposals will be decided on today by the Center for COVID-19 Situation Administration.
Photo By: Some Rights Reserved by

The Minister of Public Health, Anutin Charnvirakul, had on Thursday dismissed the notion that the nation will once again experience a nationwide lockdown similar to what had been imposed in the early days of the pandemic.

Mr. Anutin said that the government is confident of its ability to continue to contain the virus despite the ongoing third wave. Speaking to reports after a meeting of the national committee on communicable diseases, the Minister said that there is no point in imposing another widespread lockdown “for the time being.”

“The [current] cycle of disease has only been two weeks and we have had good cooperation from all stakeholders. What we need to see now is less mobility,” he explained.
He added that, once people’s movements have been limited, the country will see a reduction in the number of cases reported daily.

Thailand has recently broken the 1,500 cases per day barrier on Thursday, with the Center for COVID-19 Situation reporting 1,543 cases in the 24 hours between Wednesday and Thursday afternoons. 1,540 of these cases were of local transmission.

This was just one day after the Kingdom’s health authorities reported 1,335 cases on Wednesday.
These new cases raised the Kingdom’s cumulative total to 37,453 cases since the pandemic has begun early last year.

Because of the sharp rise in cases, the committee has ruled that there is a need to ban the consumption of alcohol in restaurants. It also decided that people must be forbidden to attend mass gatherings in order to prevent exposure to the virus.

To curb the spread of the third wave, Mr. Anutin said that restaurants in the aforementioned provinces are now mandated to close at 9 pm. In other areas, they are still permitted to be open until 11 pm. However, the committee is mulling over the banning of alcohol consumption in restaurants.

Gatherings that involve more than 50 people are also now banned nationwide. This means that recreation activities in department stores, as well as amusement classes, are now forbidden in the new settings.

As for interprovincial travel, Mr. Anutin said that it has been decided by the committee to allow the continuation of such trips around the country. However, they are reverting authority back to the individual disease control committees of each province.

These are all proposals and will be discussed today by the CCSA, which is headed by Prime Minister Prayut Chan-o-cha. Once approved, the proposed measures will be effective up until the end of the month.

There is currently no word on whether a curfew will be implemented, similar to what the government has imposed upon the nation at the start of the pandemic last year.