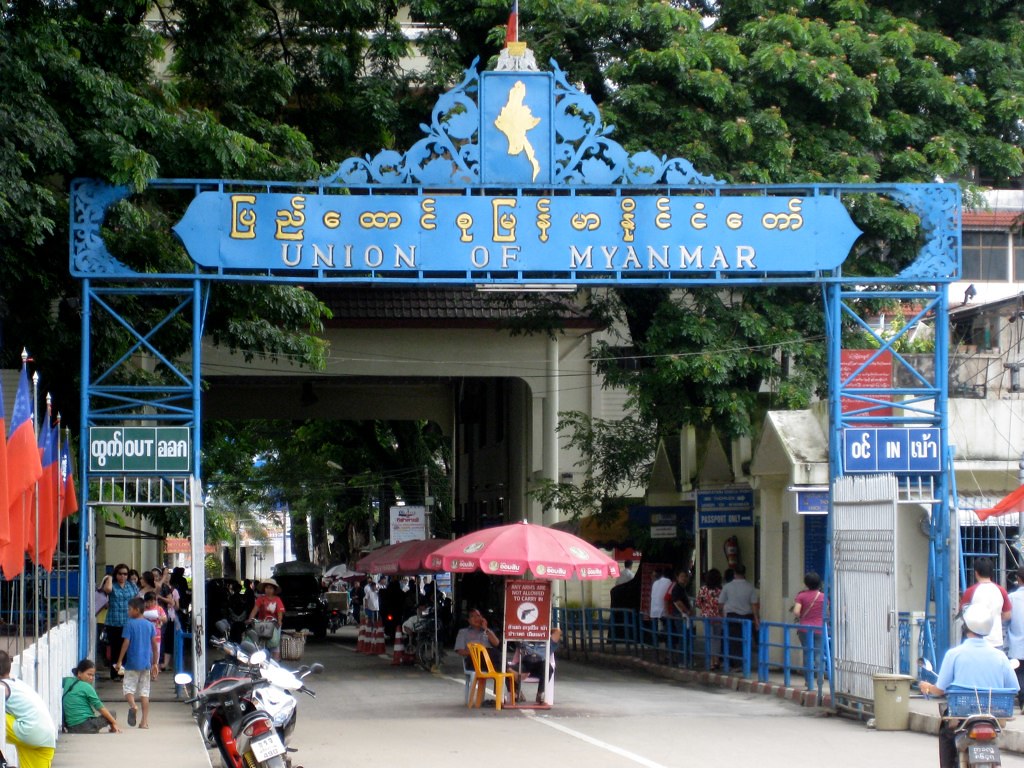 There is no sign of the disease spreading from the 10 illegal returnees for now, the Permanent Secretary for Health said.
Photo By: Some Rights Reserved bydwhudson

The Ministry of Public Health says that the COVID-19 situation involving 10 people who illegally reentered Thailand from Myanmar’s Tachilek border town and subsequently tested positive for COVID-19 is under control.

Permanent Secretary of Health Dr. Kiatiphum Wongrajit told the public that there is no indication of a major spread of COVID-19 from these cases “for now.”

Dr. Kiatiphum said that the 10 patients have been successfully admitted to their respective hospitals and are undergoing treatment. They reportedly show only mild symptoms of the coronavirus disease, he added.

The Health Ministry official also assured the public that they have traced 699 people who had been in contact with any of the 10 illegal returnees at some point during their re-entry into the Kingdom.

According to Dr. Kiatiphum, 175 of these contacts had already tested negative for the COVID-19. Right now, they are under mandatory 14-day quarantine. Health officials have also isolated the other 524 people that have been contact traced, he said.

The latter group is considered low risk, but were quarantined as part of public health and safety measures.

If none of them shows symptoms of COVID-19 by the last day of their quarantine period, Dr. Kiatiphum said that it is safe to conclude that there is no further local transmission of COVID-19 from the 10 patients.

A mass testing panic occurred in Phichit province after over 500 people that visited the Bird Bar and Crocodile Rock Pub in Muang District rushed to the Phichit Hospital to get themselves tested for COVID-19.

This was after it was announced on the news that a Tachilek returnee had visited the two establishments before she was found positive for COVID-19 on Tuesday.

The returnee, a 25-year-old woman who visited Tachilek between November 17 and 27, returned to Thailand via Mae Sai in Chiang Rai through illegal border crossings on November 28. On that same day, she first traveled by plane to Bangkok, and then to Phitsanulok and then finally, to Phichit.

She reportedly went on a bar-hopping spree without wearing a face mask between November 28 and November 30, visiting both the two aforementioned establishments.

The announcement of the infection also resulted to a large reduction of tourists visiting the Street Food Festival in Phichit, which is currently ongoing and will end on November 10. About 80% of the tourists previously seen visiting the festival had reportedly disappeared.

Dr. Kiathiphum urged the public to take a lesson from the case of the 10 illegal returnees from Tachilek, highlighting in particular the economic damage caused by their actions as observed, for example, in Phichit.

The government in Chiang Rai is now coordinating with officials in Tachilek in order to ascertain the whereabouts and actual number of Thais currently stranded in the border town, Disease Control Department Director-General Opas Karnkawinpong said.

About 150 Thais have come forward and applied to be repatriated from the Myanmar border town, Dr. Opas added. These Thais have expressed their intention to go through official border checkpoints and cooperate with public health and safety measures.