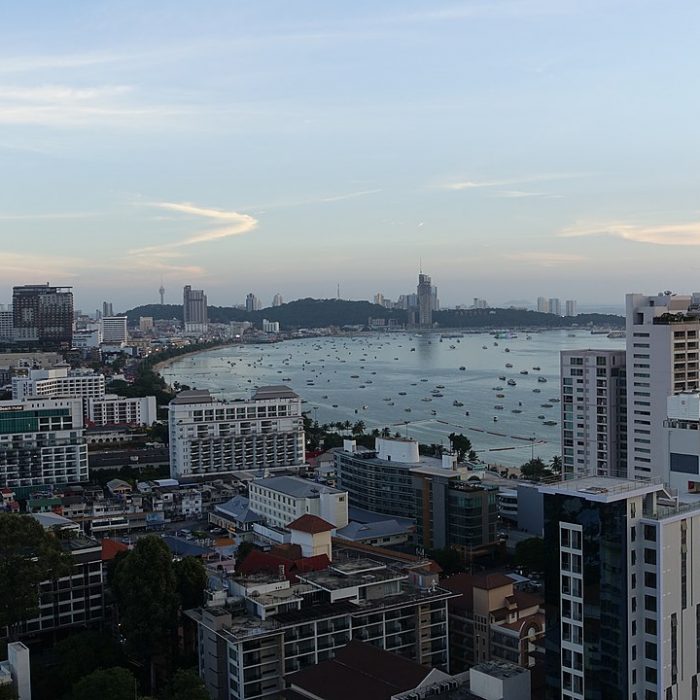 The Ministry wants to lock down Rayong, Chonburi and Chanthaburi.
Photo By: FritzDaCat, CC BY-SA 4.0, via Wikimedia Commons

Because of the continuing rise of cases, the Ministry of Public Health said that it will be seeking the approval of the Center for COVID-19 Situation Administration to place three high risk provinces under a 28-day lockdown.

These provinces are: Rayong, Chonburi, and Chanthaburi.

According to Deputy Minister of Health Sathit Pitutecha, the Ministry is seeking such a resolution because many people in the provinces that have possibly come into contact with existing cases are hiding their circumstances from the government. There are also others who refused to be subjected to health screening.

Most of the cases in three provinces have been centered on illegal gambling dens.

If the lockdown is approved, Minister Sathit said, they could restrict the movement of people in the province. The restrictions will keep them within their provinces as they will not be allowed to travel outside unless it is “absolutely necessary.”

In addition to a lockdown, the Ministry is also seeking the setting up of checkpoints on highways that link the three provinces to Bangkok and other regions. These thoroughfares include the Burapha Withi Expressway, and a highway in Prachin Buri.

The Deputy Minister made these statements during a press briefing in the Phra Maha Jetsadaratchao Navy camp on Saturday.

Minister Sathit was in the Navy camp to take delivery of a field hospital from the Royal Thai Navy.

According to Navy Chief Chatchai Sriworakhan, they recognized the urgent need of the situation and has volunteered to convert the Phra Maha Jeetsadaratchao camp into field hospitals to support the Ministry of Public Health in its containment efforts in the virus-stricken provinces.

In this case, Admiral Chatchai said that they have converted the Tank Battalion’s ERC building into a field hospital.

The Navy Admiral also said that the field hospital, like the one in the Shrimp Market in Samut Sakhon, will treat patients with mild symptoms of the COVID-19.

“After receiving the initial treatment from main hospitals, patients will be sent to the field hospital,” he said.

The field hospital will have enough room for about 174 patients. The necessity for a field hospital became apparent after the provincial hospital in Chonburi became overwhelmed with the number of new patients as a result of the surge.

As of yesterday, the total number of cases in Chon Buri is at 211. Also, 51 cases were confirmed yesterday, with two of the infected people traced back to the Samut Sakhon Central Shrimp Market, while the remaining 49 were exposed to the virus at a casino in Rayong.

Despite this, however, Chonburi governor Pakarathorn Thianchai dismissed the suggestion of a province-wide lockdown and said tourists can still the visit the province without having to self-quarantine for 14 days.