Pubs and Bars in Phuket Closed by Midnight Until Jan 20 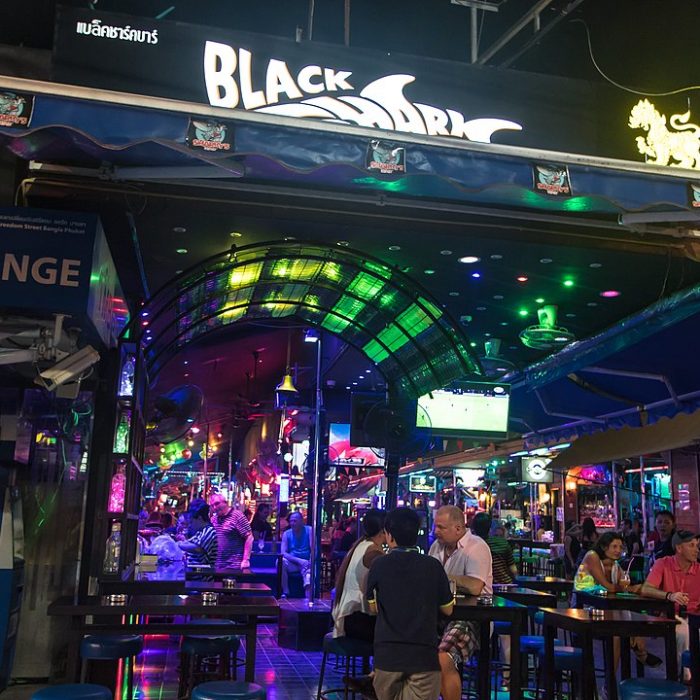 The decision came after a meeting of the provincial Communicable Disease Committee headed by Governor Narong Woonciew
Photo By: Максим Улитин, CC BY 3.0, via Wikimedia Commons

Phuket’s provincial government has ordered pubs and bars to close by midnight as part of its virus control efforts amidst the escalating situation concerning the COVID-19 throughout the country.

According to the provincial government, the order remains in effect until January 20. It may even be extended until further notice depending on the situation.

Phuket is currently classified as a “yellow zone” or a “high surveillance” zone by the government. The island province currently has no case of infections of the COVID-19, but the government is keeping a close eye on the province so it can react accordingly when emergencies arise.

Governor Narong Woonciew and the provincial Communicable Disease Committee met yesterday and came up with the following guidelines governing the alcohol ban and restrictions on entertainment venues as well as restaurants.

The body decided on the following rules:

Violators will also face charges under Section 18 of the Emergency Decree on Public Administration in Emergency Situations of 2005. These violations carry with them a fine of THB40,000. Violators can also face penalties of up to two years’ imprisonment.

In other news, Thailand has discovered 278 cases of local transmission today, January 12.

These cases make up more than 90% of the cases reported for today. According to the Center for COVID-19 Situation Administration, it has discovered 287 new COVID-19 cases in the past 24 hours.

According to CCSA spokesperson Taweesilp Visanuyothin, the breakdown of the new cases are as follows:

An additional 125 cases were found in Bangkok as part of the government’s proactive screening measures.

All cases are now quarantined, and receiving treatment from hospitals. The Department of Disease Control is also looking into contact tracing for these new infections.

The second wave of the coronavirus has already reached 59 provinces, the CCSA added. There are now 10 provinces in the “red zone”, 12 in orange, 37 in yellow, and 18 provinces in white.

Thailand’s total cases are now at 10,834. 6,732 patients have already recovered from the COVID-19, while 67 people have become fatalities to the virus.