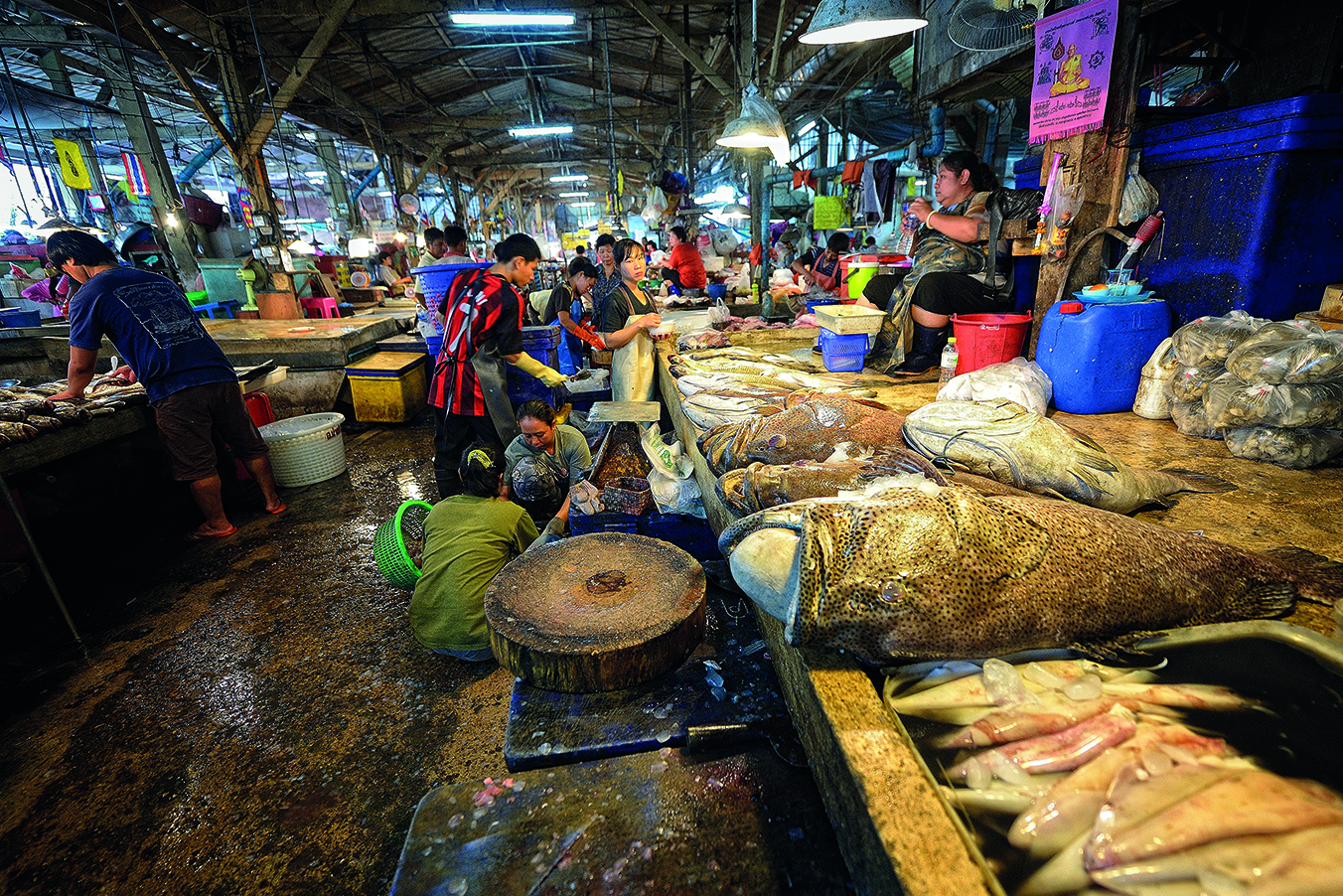 Strict disease control measures have been put in place to prevent another outbreak.
Photo By: Mr.Niwat Tantayanusorn,Ph.D., CC BY-SA 4.0

After being closed down and serving as a field hospital during the peak of the second wave, Samut Sakhon’s Central Shrimp Market is now open for business.

The Central Shrimp Market had been closed since December 19, when hundreds of cases popped up that were connected to a single infected vendors working in the establishment.

The single infection spread the virus amongst the mostly migrant worker population of the Shrimp Market, and up to 70 provinces in the Kingdom after locals from these areas who visited the Market to purchase seafood were exposed and brought the virus to their own communities.

The outbreak also prompted a nationwide active case-finding campaign that discovered and subjected to treatment thousands of cases of local transmission.

By dawn today, Monday, the Central Shrimp Market had once again welcomed vendors and buyers alike.

To prevent another outbreak, however, the government has installed strict disease control measures.

First and foremost, personnel employed by the market are mandated to wear face masks and PPE. These include rubber boots and aprons, as well as rubber gloves. They must also comply with other health and safety standards set by the Public Health Ministry.

Farmers who are looking to sell their aquatic produce in the Central Shrimp Market must wait in queue in a specially designed waiting area. Each seat in the waiting area are divided by plastic partitions set in between, to make sure everyone practices social distancing.

Farmers are given a number in the queue, and must wait until their numbers are called.

Trucks making delivery, on the other hand, are compelled to pass through screening checkpoints manned by health workers. The temperatures of all drivers are checked, and truck personnel must be able to furnish documentation that they have been tested for COVID-19 and returned a negative result.

All parties doing commerce in the Central Shrimp Market expressed positive sentiments on the reopening of the Market after 10 weeks, and promised to abide by all anti COVID-19 measures required by the government.

They also expressed hope in the economic recovery of Samut Sakhon.

Today, March 1st, the Center for COVID-19 Situation Administration reported only 80 new cases of infection in the Kingdom. The CCSA said 36 cases were found through ongoing active case finding, 28 were reported by hospitals, and 16 came from arrivals from abroad.

Samut Sakhon, in a reversal of a consistent trend since the start of the second outbreak, reported no cases from active casing finding for the past 24 hours.

With 35 cases, Pathum Thani now contributed 99% of the number of cases from active testing. Nonthaburi reported the sole case found through active case finding outside of Pathum Thani.

Samut Sakhon still reported 19 cases found in hospitals, however, followed by Tak with 3 cases, Bangkok with 2 cases, Nakhon Pathom with 2 cases, and Chonburi and Ratchaburi with 1 case each.