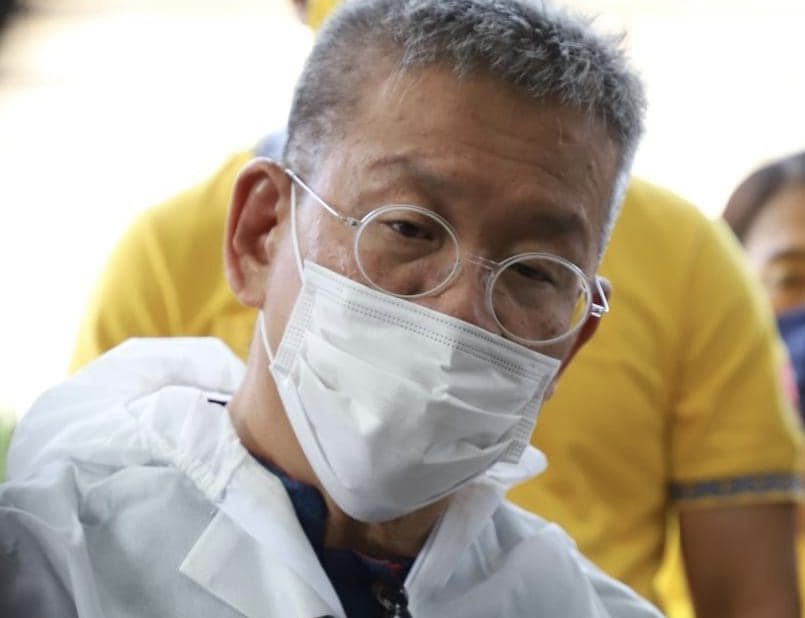 CCSA spokesperson says that governor contracted virus after traveling across the province to meet with officials and locals.

As his province deals with a provincial lockdown that sets to remain in effect through the New Year, Samut Sakhon governor Veerasak Vijitsaensri revealed that he had tested positive for COVID-19 and is now undergoing treatment in an undisclosed hospital.

Governor Veerasak had caught national spotlight after more than 1,000 cases of local transmission of the COVID-19 in various provinces were traced back to the Central Shrimp Market in his province. Health officials say that migrant workers make up 95% of those who tested positive, but also that the virus had spread to 38 provinces as of Monday.

Gov. Veerasak’s positive result was confirmed by Dr. Taweeslip Visanuyothin today. The spokesperson for the Center for COVID-19 Situation Administration said that Gov. Veerasak has been hard at work trying to contain the province and keep himself updated with the developments.

As a result, he was exposed to the virus while doing his job and was most at risk among the officials that met on Sunday.  These officials include Deputy Prime Minister Anutin Charnvirakul, who is also the Public Health Minister and was in Samut Sakhon to oversee the operations of the newly set up field hospital.

Minister Anutin said that he is at “low risk” because he was wearing a mask, as were the rest of the officials. Nevertheless, he took a swab test and was reportedly pronounced negative for the virus.

There is still no updates from the swab test results of the other officials present at the meeting.

Mr. Taweesin also provided updates on the Samut Sakhon outbreak. According to him, 14 migrant workers had returned a positive test result today, Monday. This brings the total to 1,370 migrant workers testing positive and currently undergoing treatment for the virus at the province.

21 new cases were also reported for Rayong province, which involved people who had visited a crowded gambling den. Chon Buri and Chiang Mai also reported one case each for this cluster of cases.

15 new cases were also detected among returning Thais, who flew into the Kingdom last week and were promptly tested for the COVID-19.

There are also 49 cases that are linked to neither the Rayong nor Samut Sakhon outbreak. Public health officials are investigating these cases to see where the source of infection is. These cases number 7 Bangkok, 5 in Chon Buri, 35 in Rayong, and 1 each in Nakhon Pathom and Nonthaburi.

These statistics bring the total number of cases in the Kingdom since the start of the pandemic to 6,285. 4,180 of these have already been discharged and sent home, while 2,045 are still receiving continuing treatment.

The death toll remains at 80.

The national government had said through the CCSA that it might impose another nationwide lockdown by March if people don’t cooperate with public health and safety measures.