Sinovac Vaccines to Roll Out to Provinces This Month 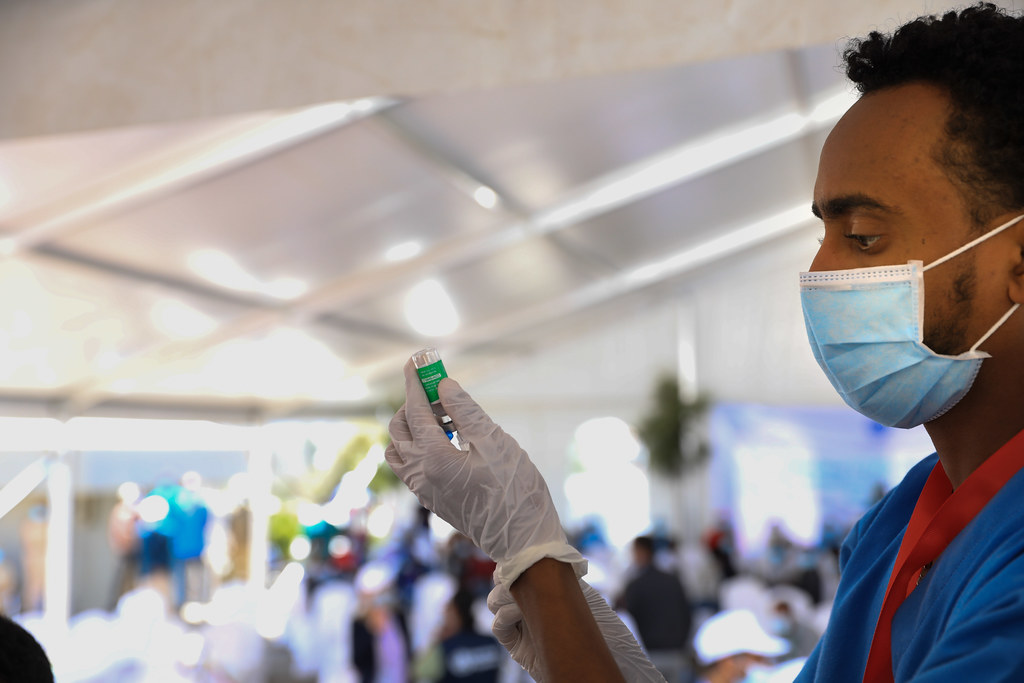 A total of 800,000 doses of the Sinovac vaccine are allocated to this phase of the vaccination.
Photo By: Some Rights Reserved by UNICEF Ethiopia

This month, which is the second month of the government’s vaccination campaign, will see the distribution of the Sinovac vaccine to all provinces in Thailand. This is after the government had received last week the second batch of doses from the Chinese pharmaceutical company.

This is what Public Health Permanent Secretary Kiattiphum Wongrajit said during a press briefing. As opposed to the first phase where only six provinces with value for tourism had been allocated with supplies, this month will see all 800,000 doses distributed to the provinces in the Kingdom.

Secretary Kiattiphum laid out the distribution as follows: 350,000 doses will be delivered to six at-risk provinces, 240,000 doses in eight provinces with importance to the tourism industry, and 50,000 doses to provinces that share borders with Thailand’s neighbors.

In addition, Mr. Wongrajit said, each province will receive an additional 1,000 doses for the vaccination of village health volunteers.

Following the air strikes carried out by the Myanmar military against forces of the Karen National Union, the Public Health Ministry also said that they are working with the military to determine the number of doses to be allocated to soldiers and policemen manning the borders with Myanmar.

The Ministry agrees that, with an impending influx of refugees from Myanmar, these border personnel are at high risk of being infected by COVID-19.

The second wave of outbreaks that begun last December has apparently slowed down. On Thursday, Thailand reported only 26 new cases of the COVID-19. These include 21 cases of local infection and five cases from quarantined arrivals.

Samut Sakhon, which was the epicenter of the second wave, reported 11 cases, all involving foreigners from Myanmar. Eight cases were found through community testing, while three cases were reported by hospitals.

As for the quarantined arrivals, one came from Myanmar – a local Thai who worked in a factory in the country. One arrival each from Sweden, Lebanon, Qatar and Norway also tested positive for COVID-19 at the airport.

Thailand’s total number of cases since the start of the pandemic is at 28,889. 95%, or 27,548 cases, have resulted in recoveries. A total of 122 people were discharged on Wednesday, while 1,247 continue to receive treatment in medical institutions.

With no additional death reported, the death toll remains at 94.

The Center for COVID-19 Situation Administration also reported on Wednesday that an employee at a quarantine facility in Samut Prakan had tested positive for COVID-19.

A total of three cases resulted from the infection – one is a co-worker, who later then passed on COVID-19 to her baby and the nanny.

According to CCSA assistant spokesperson Dr. Apisamai Srirangson, the 28-year-old employee did not observe proper hygiene while working at the quarantine facility, in which she was assigned to the kitchen.

Two other people came into close contact with the employee as well.