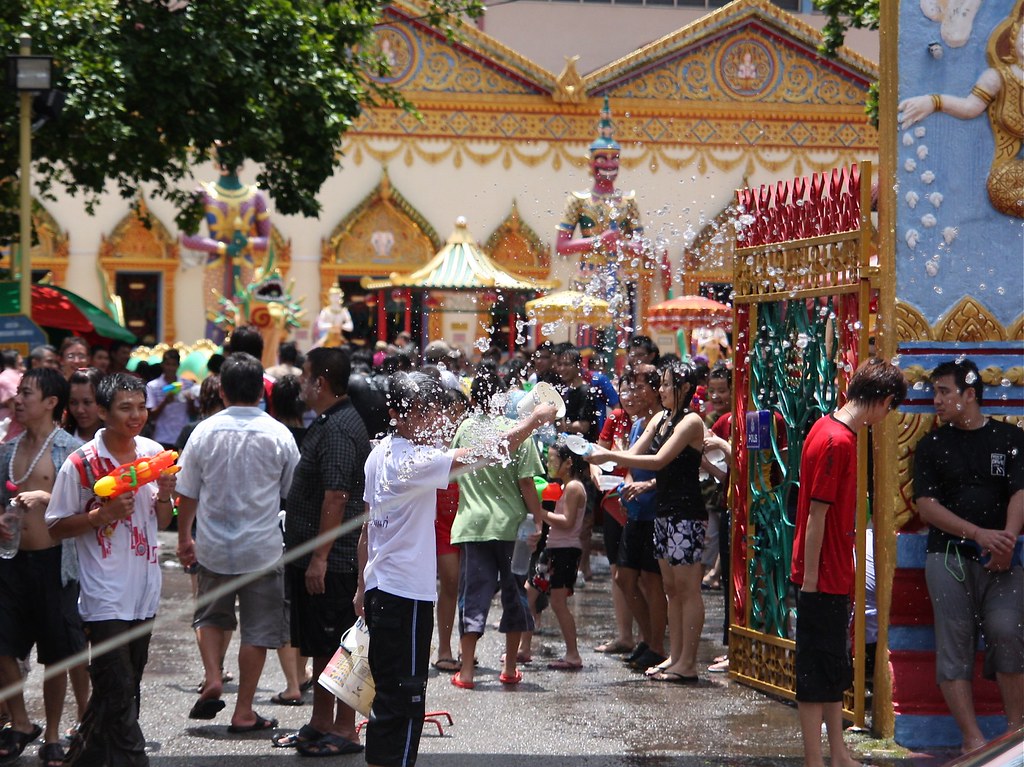 Despite optimistic outlook due to the ongoing vaccinations, fears caused by the new wave of infections centered on Bangkok’s entertainment venues have cut the actual tourism figures at the start of the Songkran Festival to 50% of projected levels.

According to the state-operated Transport Company, they had prepared logistics enough to serve 100,000 people expected to travel out of town for Songkran on April 9, the start of the week long holiday.

However, actual figures showed that less than 50,000 people have decided to go out and travel to the provinces for what is also known as the Thai New Year.

According to Transport Company chief Sanyaluck Panyawatthanalikit, they had launched a total of 3,443 trips on Friday alone. These served a total of 40,017 people.

As a result, the Transport Company president called on future travelers for Songkran to arrive at least two hours before their scheduled departure time to prevent overcrowding in the terminal. This is to keep up with public health measures and prevent the spread of infection.

Mr. Sanyaluck, however, said that the company has also been busy refunding tickets to travelers who have canceled their bus trips for Songkran because of the sharp increase of cases nationwide due to the new clusters in Bangkok.

He said that they have issued refunds for 4,160 pre-booked tickets yesterday. More refunds are being offered, particularly to interprovincial trips that people have booked between April 8 and April 18.

Mr. Sanyaluck said that these travelers must pick up their refunds three hours before their previously scheduled departure time.

He said that trips booked through the government’s stimulus packages, namely the Rao Chana and Mor 33 Rao Rak Kan schemes, cannot have their tickets refunded. However, they can instead postpone their trips to a later date.

These travelers must file their postponement requests with the Transport Company three hours before their booked bus is scheduled to depart.

Travelers who have booked tickets with the State Railway of Thailand are also eligible for refunds, which they must pick up 24 hours before their scheduled departure. One exception is when the ticket’s destination or origin is located with a maximum control province. In this case, refunds can be claimed one hour before departure.

Just like with the Travel Company, tickets booked through government aid schemes cannot be refunded. In the case of tickets bought through a co-payment subsidy, only the portion paid by the customer can be refunded.

The SRT’s stats show that 9,000 tickets were refunded on Thursday and Friday.

Airlines, on the other hand, are calling on the government to prohibit domestic travel for Songkran over fears of a third wave of infections.