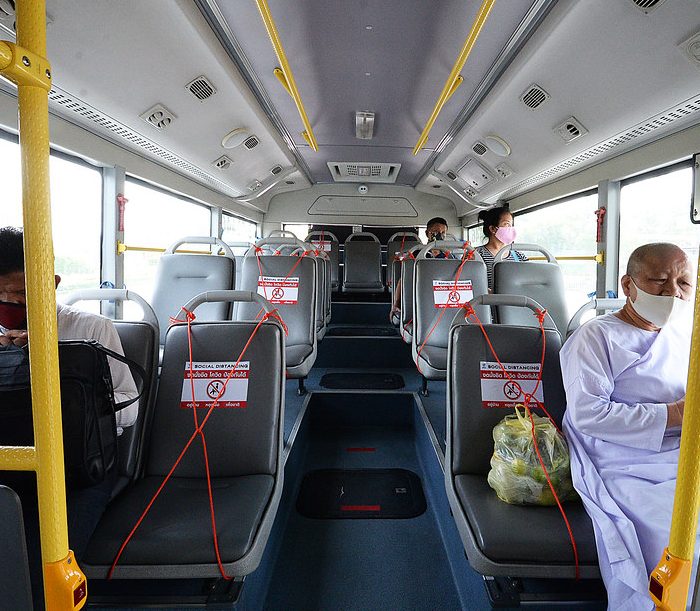 It was imported by a Thai returnee who travelled to Tanzania for business.
Photo By: Some Rights Reserved byallyoursocks

The much feared South African variant of the COVID-19 virus has allegedly reached the shores of Thailand. According to the Department of Disease Control, the variant was observed in a Thai returnee that had come home from the African country of Tanzania in January.

Soothing fears of the reportedly-vaccine resistant variant, Dr. Opas Karnkawinpong, director-general of the DDC, told reporters that they are closely monitoring the situation with the Thai returnee.

According to Dr. Opas, the Thai returnee has arrived in Thailand on January 29. As part of government disease control measures, the patient, who is 41 years old, was isolated in state quarantine when he received his positive results.

He was immediately transferred to a hospital for the necessary treatment.

Despite earlier concerns, Dr. Opas said that they don’t see any evidence in blood samples from that patient that he is carrying the mutated variant. He also said that the man’s symptoms are not as severe as reported abroad in patients with the new variant.

“Mutations, such as the G variant from England, may make the virus spread faster but they are less severe,” he said.

He, however acknowledged the results of preliminary studies that demonstrate the minimal effects of the existing vaccines against the South African mutation of the virus.

Dr. Opas elaborated that they are also closely monitoring the aftermath of the second outbreak. Last week, active case finding had revealed a new cluster of cases also located at a fresh or wet market in another province.

The cases were centered on the Pornpat wet market in Pathum Thani’s Thanyaburi district.

The DDC chief said that they had issued a closure order on two wet markets in the district in an effort to curb the spread of the virus.

They are also conducting aggressive contact tracing and swab testing in order to identify more infections and treat any symptomatic individuals as soon as possible.

Like what happened in Samut Sakhon, the virus spread from the vendors that operated stalls in the wet market.

The government’s case finding efforts so far has discovered 182 cases all connected to the wet market. The officials have conducted testing on 1,333 people so far, with a 10% infection rate. 111 cases involved Thai nationals while the rest were comprised of migrant workers employed by entrepreneurs in the wet market.

Some of the infected people were individuals who traveled from the provinces of Nakhon Nayok, Phetchaburi, Saraburi, Bangkok, Ayutthaya, Ang Thong, Nakhon Ratchasima, and Phrae in order to purchase goods from the wet market.

The spread was caused also by vendors who went to other provinces to sell their wares, unknowingly spreading the virus along the way.

Dr. Opas also attributed the market’s bad ventilation system for the rapid spreading of the virus among the market’s visitors.

The two wet markets in Pathum Thani that were affected by the closure order will remain closed until Tuesday, while the government works to find new cases and disinfect surrounding areas.