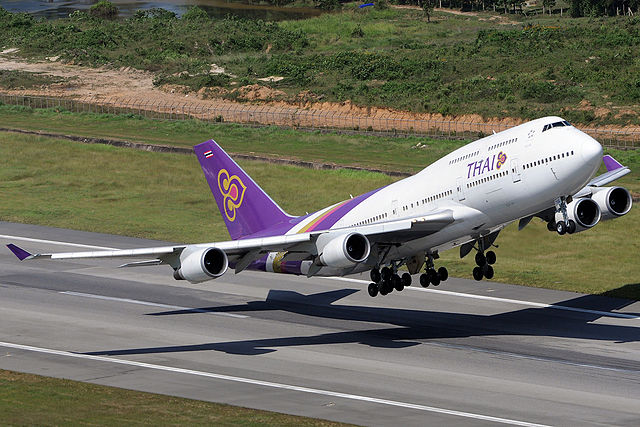 While the approval of the Special Tourist Visa heralds a likely return of foreign tourism to Thailand, roadblocks in logistics make a steady flow of tourists similar to pre-pandemic levels not feasible at least in the near future.

Due to the lack of available commercial flights for these tourists, Deputy Governor of the Tourism Authority of Thailand Thapanee Kiatphaibool said that the holders of the special visa will have to rely on chartered flights in order to enter Thailand.

Majority of flights coming in and out of Thailand are chartered cargo flights, a fact that severely limits the options available to foreigners should the country declare a return to general tourism. To facilitate the entry of STV tourists, the Kingdom’s government will have to work with foreign governments in order to organize charter flights.

This is one roadblock that experts say could impede the success of the Special Tourist Visa program in revitalizing the tourism industry in Thailand, which accounts for nearly 20% of the Kingdom’s annual gross domestic product or GDP.

The Special Tourist Visa was announced earlier this week by the Royal Thai Government. It is meant to attract tourists who would be willing to undergo what is called “long stay” holidays in the Kingdom.

Participants of the STV program are expected to stay in Thailand at least 90 days, on top of the 14-day quarantine as mandated by the Center for COVID-19 Situation Administration for all foreigners that enter Thailand.

The Visa can be extended twice for 90 days each, which gives the total number of days these foreigners can be in Thailand to 270 days.

The TAT had previously announced that it is expecting 1,200 foreign tourists to enter Thailand every month under the STV program.

The agency acknowledged that these tourists will be coming from the higher end of the income range, as they will be the only ones who can afford the expenses associated not only with the charter flights, but also with alternative state quarantine facilities.

Plans to reopen the country to foreign tourism have met with opposition from parties who fear that the return of foreign visitors after nearly six months of lockdown could cause a “second wave” of coronavirus infections in the Kingdom.

The Department of Disease Control assured the public that there is lesser risk for new COVID-19 infections from these tourists, since they will be quarantined for 14 days before they are free to travel around Thailand.

Prime Minister Prayut Chan-o-cha highlighted the supposed importance of the STV program in reintroducing foreign tourism and bringing much-needed revenues to the economy that has been crippled by the COVID-19 pandemic.

According to Prime Minister Prayut, the program is an “important first step” in welcoming foreign tourists again.

Phuket’s provincial government is currently awaiting the green light from the central government as to when it is going to initialize the “Phuket Model”, which will potentially open Phuket to foreign tourists as a first step to bringing back tourism to the country.

Phuket Provincial Governor Narong Woonciew said last week that Phuket International Airport is “ready” to serve foreign tourist arrivals following a rehearsal of the protocols and procedures to be observed.