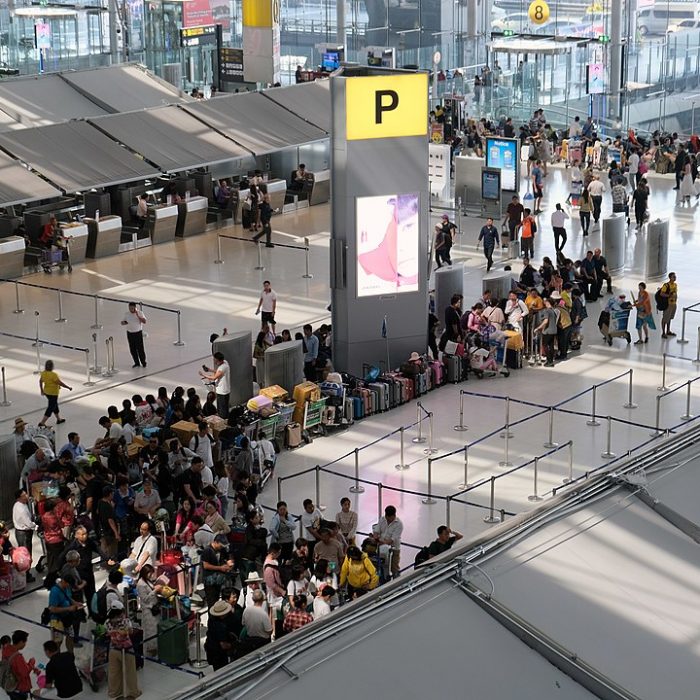 The upgrade will cost around THB60 billion and will require four years of construction.
Photo By: kallerna, CC BY-SA 4.0, via Wikimedia Commons

Suvarnabhumi International Airport is due for a major upgrade this year, as a panel in charge of the matter has approved a project aimed towards assisting the airport in recovering from the effects of the COVID-19 pandemic.

This project is part of the government’s drive to support the air transport industry’s expected recovery from COVID-19, which will see demand in air travel soaring again once things return to normal.

In 2019, Suvarnabhumi Airport exceeded its annual capacity of 45 million, which showed the urgent need for an upgrade to improve annual capacity. The pandemic, which began in the first quarter of 2020, had caused a drop in air traffic because of lockdowns in various countries worldwide.

Despite the current drop in air travel demand, Minister Saksayam said that the committee chose to greenlight the planned upgrade in order to prepare Suvarnabhumi Airport in advance and before the pandemic ends.

“We are looking ahead because the country’s main source of income is from the travel industry and air passengers account for 80% of tourist arrivals,” he explained, adding that vaccine roll outs will help out in improving the situation with regards to air travel.

The Eastern and Western expansions will consume a space of 66,000 square meters and will have an annual capacity of 30 million passengers. This segment of the upgrade is expected to cost about THB7.83 billion each for a total of THB15.66 billion.

On the other hand, the Northern Expansion will consume a space of 348,000 square meters and is the largest of the three projects. It will also have an annual capacity of 30 million passengers, and will cost about THB41.26 billion.

In addition, the Satellite 1 passenger terminal will also add an annual capacity of 15 million passengers. This project is the first to be completed, with an estimated date next year, Minister Saksayam said.

The Cabinet of Prime Minister Prayut Chan-o-cha will discuss the scheme in a meeting in March. The Airports of Thailand is expected to add inputs to the scheme before the meeting. The organization will be consulting with the International Civil Aviation Organization and the International Air Transport Association on the matter.