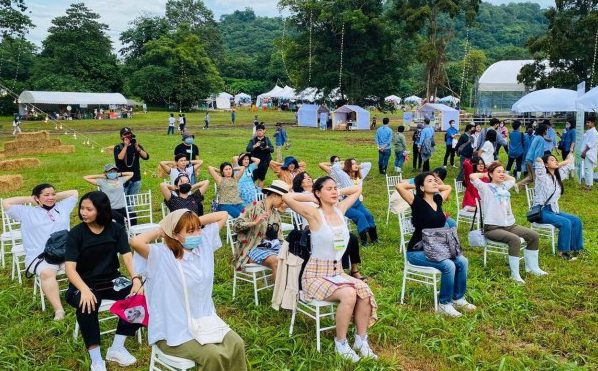 The Tourism of Authority of Thailand will be holding a domestic tourism event in the Nakhon Ratchasima province.
Photo By: TATNews

In line with the government’s focus on boosting domestic tourism to keep the industry afloat while foreign tourism is still on hold, the Tourism Authority of Thailand has announced that it will be launching a festival in the Nakhon Ratchasima province.

Officially dubbed the “Stress Free Festival,” the event will be held at the TAT Ecotourism Learning Centre between September 4 and September 6. Operating times will be between 11:00 am to 8:00 pm.

The Centre is located at the Mu Si Subdistrict, in the province’s Pak Chong District. The province, in turn, is where the Khao Yai National Park is located.

The Park had been declared a UNESCO World Heritage Site by the United Nations.

As its name suggests, the Festival is aimed to provide a means of relaxation and stress relief for people of all ages in the province as part of the TAT’s “New Normal Relaxing Time.”

Visitors to the Festival will be able to see and even purchase fresh organic products courtesy of the Organic Valley Farm. More than 30 shops and restaurants are also participating in the Festival offering the top components of their menus.

Local communities within the province will also participate, showcasing their arts and crafts to attendees.

There will also be workshops aiming to educate attendees on eco-friendly craftsmanship, like creating dishes out of plastic bottle caps. For the health conscious, there will also be Yoga Pilates classes, courtesy of Yoga by Pop Areeya.

There will also be fortune-tellers waiting to show people their possible future, as well as a free Relaxing Massage from Divana.

To keep people entertained, well-known Thai performers and artists such as Getsunova and Polycat, among others, will be performing in concerts held through all three days of the festival.

The TAT assured people that the event will be held in according to the public health and safety measures mandated by the Amazing Thailand Health and Safety Administration and the Public Health Ministry.

The organizers have also put a cap on attendees, limiting the number of people in the event to 2,000. People attending the concerts are also limited to 300.

The event can be attended for free, but people have to register through the QueQ app in order to gain admission to the event.

This is the latest in a series of events and promotions launched by the Tourism Authority of Thailand in order to stimulate domestic tourism.

It will be holding the “Expat Travel Deal 2020” next week, between September 11 and 13, in Bangkok. Expats can attend and be able to avail of exclusive travel packages from participating travel agencies, with only their passport as requirement to make reservations during the event.

The TAT also announced last week that it will be providing THB500 to expats and their families in order to travel to various destinations in Thailand.

It has also partnered with Fliggy, the Chinese travel platform, and Alipay in order to offer exclusive travel perks amounting to roughly THB1000 to Chinese expats living in Thailand to boost domestic tourism.