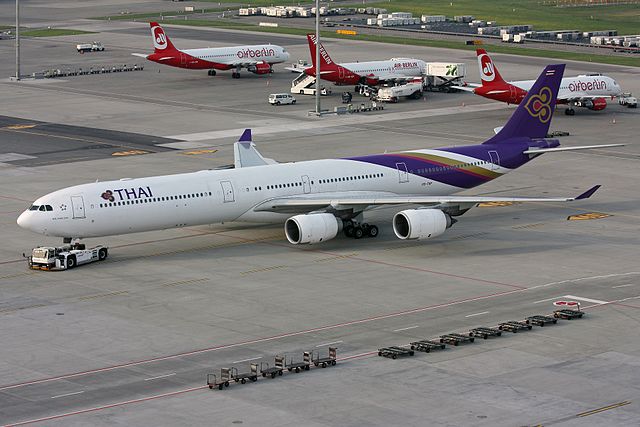 18 flights will serve 7 cities, 5 of which are in Europe and two in Asia.
Photo By: Martin Oertle / CC BY

Thailand’s national carrier has announced additional flights that will ferry stranded foreigners home as well as bring back Thais who wish to return home from abroad.

According to the airline’s Executive Vice President Wiwat Piyawiroj, there will be a total of 18 repatriation flights that will serve European and Asian cities. These cities are, namely: Munich, Frankfurt, London, Paris, and Copenhagen.

The Asian countries, on the other hand, are Taipei and Hong Kong SAR in the People’s Republic of China.

All flights are one-way, but local Thais stranded in the following cities can contact the Thai Embassy in their countries to register for the flight home.

In accordance with measures specified by the Center for COVID-19 Situation Administration and the Public Health Ministry, each of these flights will have limited seating capacity in order to make possible social distancing.

In addition, these flights will be accommodation freight or cargo.

As the country’s national airline, Thai Airways is also working in cooperation with the Foreign Ministry to coordinate repatriation flights of Thais stranded abroad.

Most of these flights are repatriation flights, to ferry stranded foreigners back home and to bring back locals from various countries around the world.

While the government has only approved in principle a plan for limited reopening of Phuket to foreign tourism in October, Thai Airways have announced last week that it will resume regular flights to and from the countries of Germany, England, South Korean, Japan and Hong Kong.

Flights will resume by end of November, but the airline has not released official flight schedules yet.

In addition to Thai Airways, international carrier Emirates has resumed flights between Bangkok and Dubai beginning this month.

While Thailand has not yet officially reopened its borders to foreign tourism, it has already allowed foreign nationals to enter the country on business purposes.

All of these foreigners are subjected to mandatory swab testing, and 14-day quarantine before they can resume with their official business visits in Thailand.

The government is currently promoting domestic tourism through various means, including the “We Travel Together” stimulus package for locals, THB500 cash handouts for expatriates and their families to provide financial assistance in their travels and the “Expat Travel Deal 2020” that offer exclusive discounts for expats to explore Thailand.