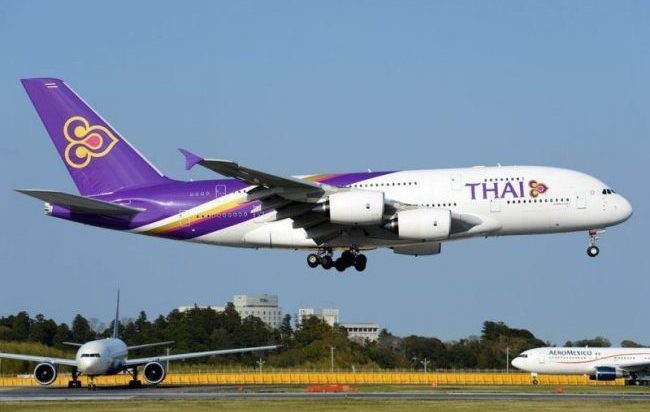 Thailand’s national carrier, Thai Airways, is getting ready to fly tourists into Phuket in response to the upcoming reopening of the island to foreign tourism by October 1.

According to a press release by the company, the airline will start providing chartered flights to tourists looking to visit the island province by the end of November.

The company said that these flights will cater to five countries – Denmark, Germany, England, and South Korea – as well as the Special Administrative Region of the People’s Republic of China, Hong Kong.

Thai Airways stressed in its press release that the airline will strictly follow public health measures to ensure the safety of the cabin personnel, the passengers and, by extension, the country of Thailand from the possibility of a second wave of outbreaks of the COVID-19.

For instance, flight attendants will be wearing full personal protective equipment (PPE) while serving the passengers. Before flight commences, the cabin and the cockpit will be sterilized to ensure zero presence of bacteria and viruses.

Other public health measures to be implemented include boxed meals, and social distancing in seating arrangements and flight check-in queues.

In addition, Thai Airways have partnered with Royal Orchid Holidays for an exclusive rewards program for Royal Orchid Plus members.

This update comes in the heels of the government’s announcement of the “Safe and Sealed” plan, which will reopen Phuket to limited foreign tourism by early October.

The plan will focus on Phuket as a pilot test program, dubbed “The Phuket Model”, before the Tourism and Sports Ministry will make the arrangement available to other provinces.

So far, Minister Phiphat Ratchakitprakarn is looking at reopening Koh Samui and Krabi Province’s Phi Phi Islands as well together with Phuket in October.

Amidst opposition by Thailand’s top medical experts, Prime Minister Prayut Chan-o-Cha assured the public that the government is drafting measures to control the movement of foreign tourists and ensure the safety of the inhabitants of the province.

Prime Minister Prayut added that a soft reopening of foreign tourism is needed in order for the economy, which is heavily reliant on tourism, to start getting back on its feet after the pandemic.

Although the government has not released official details on where the tourists will be coming from and what promotional campaigns it will be embarking on, Thai Airways’ announcement gives an insight on where they could originate from.

There is significant confidence in Thailand’s ability to contain the pandemic, despite being the first country to report a COVID-19 case outside of China.

The country is getting closer to 90 days of no local transmission of COVID-19, although it continues to record positive cases from Thais returning from abroad.

Despite that, the government has said that it is imperative that Thailand procures a vaccine as soon as possible as it is essential for long-term economic survival.

In relation to this, the government has approved THB1 billion for local research and development of a COVID-19 vaccine, although it announced as well that human trials for ongoing vaccine research will be postponed up to early next year.