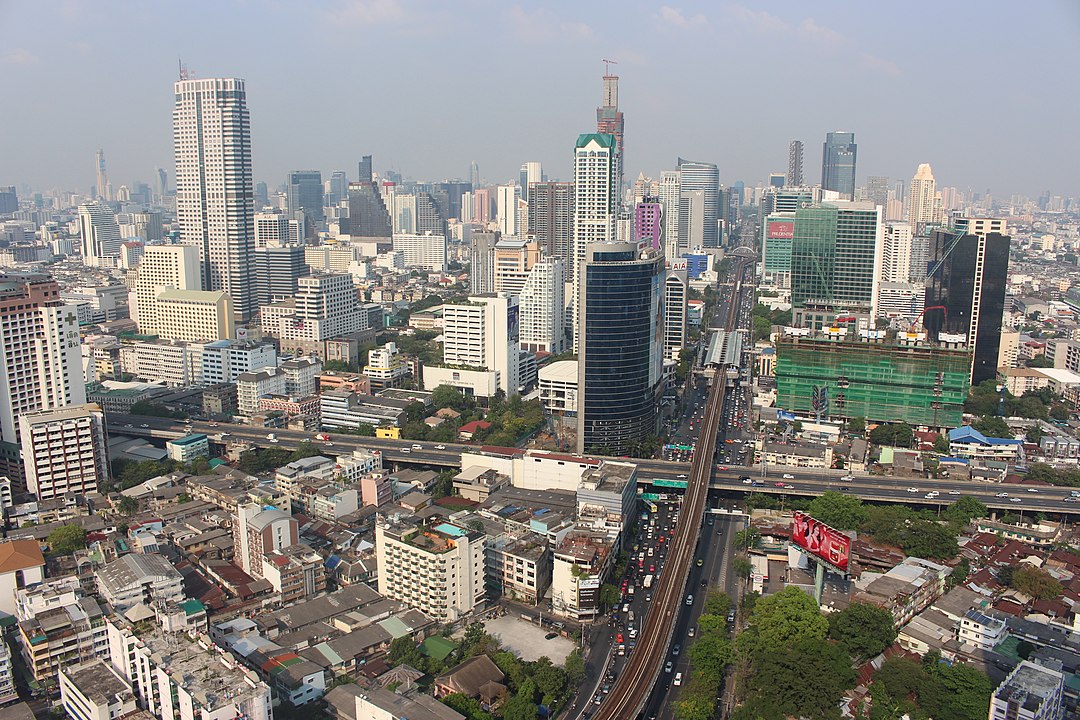 Overseas and domestic factors point to a better-than-expected contraction at the end of year.
Photo By: Alexander Blecher, blecher.info, CC BY-SA 3.0 DE, via Wikimedia Commons

With measures in place that are expected to aid both the domestic and offshore markets, a private sector think tank is upgrading its estimate of the amount of contraction the Thai economy will record at the end of the year.

Instead of the initial 9.4% it predicted in August, the University of the Thai Chamber of Commerce or UTCC said on Friday that they are upgrading their contraction estimate to 6.3%, or even lower.

According to the UTCC, some of the big factors in their improved projection with regards to the domestic market are the stimulus packages that the government has introduced. These including the 50/50 co-payment scheme or Let’s Go Halves, as well as the tax deduction scheme that gives discounts to non-welfare card holders.

These measures, the UTCC said, are helping the population adjust to the slowing market. This, in turn, allows the government a better chance at bringing in investment to further stimulate the economy.

On the other hand, the UTCC highlighted overseas factors such as the global outlook towards the progress of COVID-19 candidate vaccines, as well as the recovery in manufacturing and service sectors across the globe and China’s economic growth that surpassed expectations despite the pandemic.

Another factor also is the widespread easing of monetary policy by the central banks.

In line with the improved contraction forecast, the UTCC also sees the Thai economy growing by at most 2.8% in 2021.

The UTCC, however, warned that the economy’s actual performance can still be set back by factors such as the ongoing US-China trade conflict, the continued existence of the pandemic, political instability in the Kingdom brought about by the student protests, and the continued rising of the baht in strength against the US dollar.

Shortage of containers and the risk of drought in certain areas in Thailand can also affect the economy’s contraction.

The UTCC outlook is better than the Ministry of Finance’s estimates, which see the economy contracting by 7.7% by end of year. It is still higher than the figures predicted by Kasikorn Research and the Siam Commercial Bank Economic Intelligence Center, which stand at 6.7% and 6.5%, respectively.

In other news, the Bank of Thailand has released a statement assuring trading partners, including the United States, that it is not manipulating the baht in order to gain an unfair advantage.

The BoT made this statement in response to a US Treasury Department report that identified Thailand as one of 10 countries with which it has trade relations that allegedly manipulate currencies.

Thailand was included in the list because of its large bilateral trade and material account surpluses with the US.

Finance Minister Arkhon Termpittayapaisith assured the public that there’s nothing to worry about the effects of the report on Thailand for now.

“We still don’t know whether the US will roll out any measures to counter Thailand as they are monitoring the situation,” said Mr Arkhom.