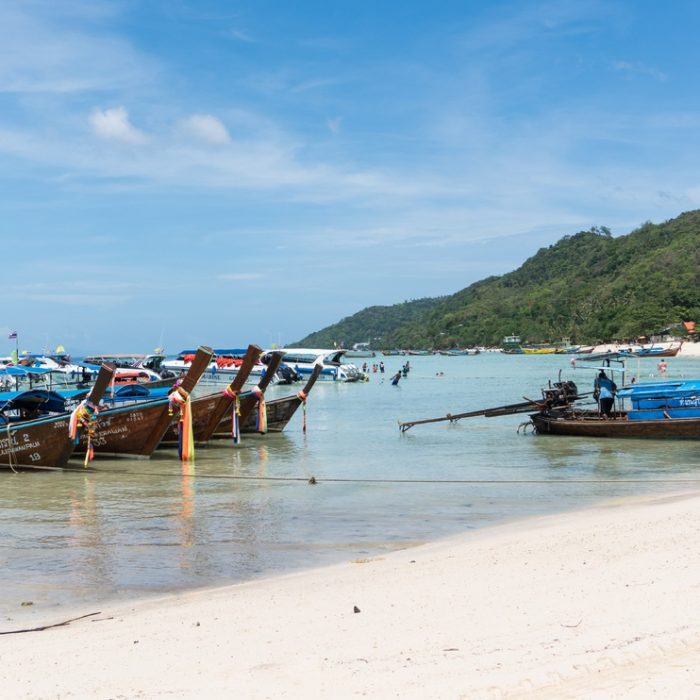 Minister Saksayam Chidchob was in Phuket in advance for the mobile cabinet meeting that was set to take place in Phuket tomorrow, November 3, 2020.

Visiting the airport on Saturday, Minister Saksayam observed the processes that Phuket International Airport had established in relation to processing incoming tourists, as part of the Special Tourist Visa program of the government that seeks to reopen Thailand again to foreign tourism.

After observing the processes, Minister Saksayan said that the airport is ready for international arrivals.

Phuket had been tapped in both the defunct “Safe and Sealed” plan of the government, as well as the Special Tourist Visa program that has now been initiated since October 20.

The Safe and Sealed plan had proposed bringing in international tourists first to Phuket by early October. These tourists would be coming from provinces in certain countries that are perceived as “low risk” by the Kingdom.

This is an update to the earlier “travel bubble” agreement in the second half of the country, which would have brought tourists from South Korea, Japan and China. These negotiations had fallen apart after fresh outbreaks in Seoul and Beijing in the middle of June this year.

However, the Safe and Sealed plan did not materialize, even after the government had visited Phuket in order to ascertain the province’s readiness as well as the locals’ sentiment towards reopening for foreign tourism with the island province as a test pilot for the program.

Late in September, the Thai Royal Government had announced the Special Tourist Visa which had the same stipulations as the Safe and Sealed plan, but with a smaller quota of 300 tourists per week and up to 1,200 tourists per month.

The first group of tourists were to fly to Phuket on October 8. However, this group had their flight delayed to an indefinite date. Reports allege that Phuket provincial officials had wanted to postpone the arrival of foreign tourists in order to give to domestic tourists and allay fears of a second wave of COVID-19 infections.

Domestic tourists were expected to flock to Phuket for the Vegetarian Festival from October 16 to October 25.

Instead of this group, a smaller group of 39 tourists from Shanghai had arrived on October 20 via Suvarnabhumi Airport in Bangkok. These were immediately ferried over to the alternative local state quarantine hotels in Samut Prakan, near the capital.

More tourists under the STV program are expected to arrive this month.

The STV features some of the most stringent requirements for tourism since the pandemic kicked in. Tourists will have to first buy a COVID-19 health insurance valuing $100,000, and take a COVID-19 test that they must be negative for 72 hours before departure.

They will also be required to spend their first 14 days in quarantine, and wear special armbands for contact tracing after being released from quarantine.