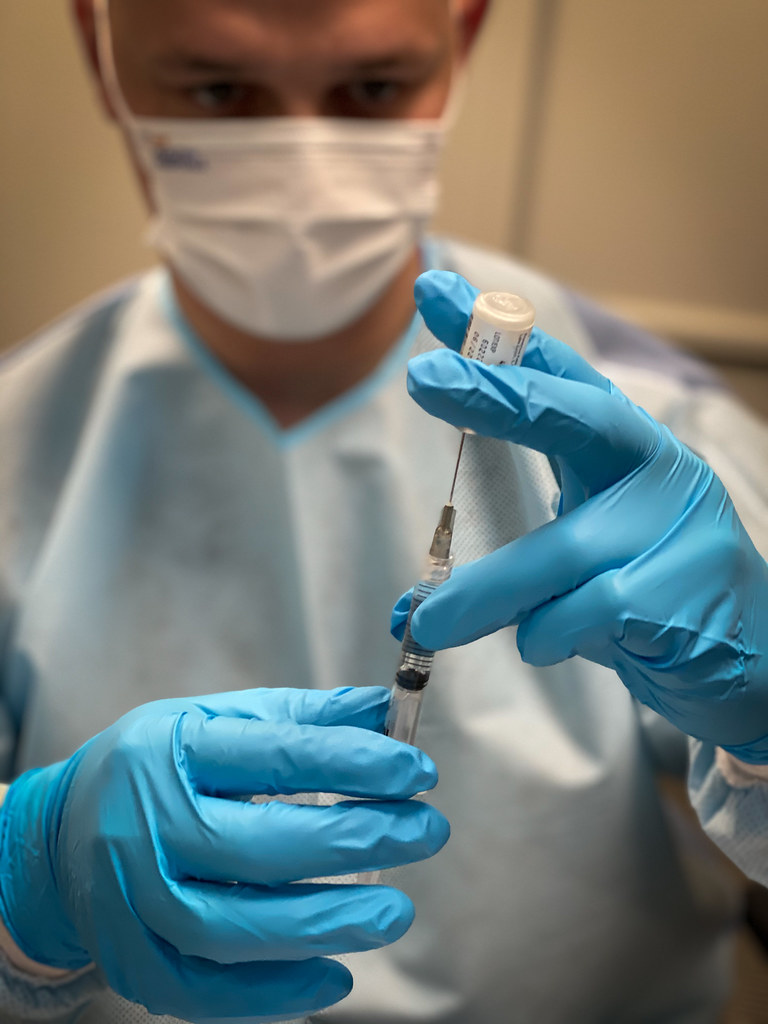 If tests are successful, the Public Health Ministry that the Kingdom could produce up to 30 million doses locally.
Photo By: Some Rights Reserved bynycmayorsoffice

While it has a pending order of 61 million doses of an undisclosed COVID-19 vaccine, the Kingdom of Thailand is also set to begin human trials for the first locally developed vaccine by March.

The vaccine was researched and jointly developed by the Government Pharmaceutical Organization, the Programme for Appropriate Technology in Health and the Mahidol University.

The parties began their R&D in the middle of 2020. According to Public Health Minister Anutin Charnvirakul said that the three entities reported positive feedback on the initial testing on laboratory animals.

Minister Anutin said that, should the human clinical trials proceed positively, the state-owned pharma company will be able to produce as much as 25 million to 30 million doses of its COVID-19 vaccine.

These developments come amidst uncertainty on the fulfillment of the Kingdom’s COVID-19 vaccine orders from the British/Swedish firm AstraZeneca, whose COVID-19 vaccine was jointly developed with the University of Oxford.

AstraZeneca was to provide an initial 200,000 doses to the Kingdom by this month. However, the European Union moved to block imports of COVID-19 vaccines by pharmaceutical companies in its jurisdiction until its member states’ orders are fulfilled.

As AstraZeneca maintains manufacturing facilities in Italy, from which its contract with the government says the doses should imported, the company was affected by the EU’s order as well.

The company communicated to the Kingdom this week that it is willing to produce vaccine doses from its manufacturing facilities in Asia. However, because its license with the Kingdom covers only imports from Italy, it would need another process or application before it can shift its sourcing to its Asian hubs.

Prime Minister Prayut Chan-o-cha announced in a press conference yesterday that the Kingdom is still going to receive 2 million doses in total as planned. However, government officials are mum on the source of the vaccines.

Before AstraZeneca, it was widely reported that China’s Sinovac will be providing the 2 million doses to the government for its inoculation programme that’s due to begin this month once supplies arrive.

Minister Anutin said that the government is not putting all its eggs on one basket when it comes to sourcing vaccines.

“Thailand isn’t just relying on one source for vaccines. We’re actively looking for ways to procure the shots, including producing them ourselves,” he said.

He added: “We’re not placing our bets on one horse, what we’re doing now is owning a whole stable.”

Thailand is currently actively preventing the second wave that started in Samut Sakhon in December from spreading. An aggressive case finding campaign is currently ongoing in an attempt to find unreported infections and preventing further spread of the virus.

As of Wednesday, the Center for COVID-19 Situation Administration spokesperson Taweesilp Visayunothin said, active case finding has found around 7,000 cases of infection in the province of Samut Sakhon alone.

These cases came from workers in nine factories in the province.

Dr. Taweesilp said that nearly 30% of workers in some of the factories from which samples were taken were found positive for the virus.