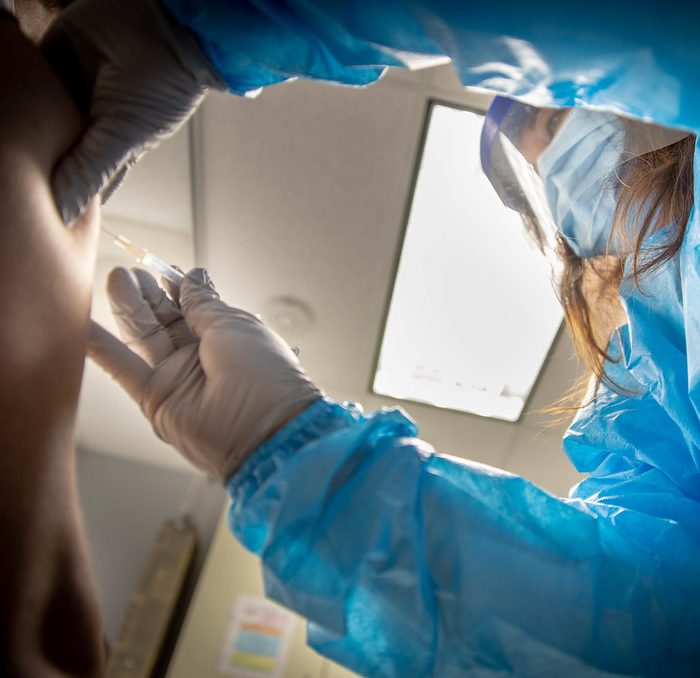 The vaccine is expected to roll out next year once it receives approval by the FDA.
Photo By: Some Rights Reserved byNavyMedicine

Thailand has begun the human trials of its locally developed vaccine, which authorities say will enhance the country’s independence in the face of the ongoing pandemic of the COVID-19.

This vaccine is developed by the Government Pharmaceutical Organization together with the Mahidol University’s Tropical Medicine Department and the Programme for Appropriate Technology or PATH. The Icahn School of Medicine at Mount Sinai, New York is also involved in the development of the vaccine.

Unlike the technology used by companies producing the current vaccines circulating in the market, the GPO vaccine uses technology based on eggs. The vaccine, called the NDV-HXP-S, has showed promising results in earlier trials not involving humans.

Minister of Public Health Anutin Charnvirakul lauded the development of the vaccine, describing the jab as the key to Thailand’s self-reliance in the face of the pandemic. In the future, he said, the country will not need to rely on other countries to supply it with vaccines.

The GPO and its partners will compile data from its human trials and submit the documents to the Food and Drug Administration for registration. Once the vaccine receives approval from the local FDA, it will start production at the GPO’s Kaeng Khoi district manufacturing plant in the Saraburi province.

According to Minister Anutin, the new vaccine is based on an existing influenza vaccine and has simply been genetically enhanced to produce immunity against the COVID-19.

The vaccine will begin rolling out next year.

“Production is expected to begin next year, with an estimated 25-30 million doses annually,” Mr Anutin said.

The Minister said that the Kingdom will be able to effectively manage and roll out its vaccination project once the local vaccine has been produced. Currently, Thailand is using vaccines produced by manufacturers abroad to supply its campaign. It is only able to produce vaccines locally because of a transfer of technology agreement signed by the government and the British-Swish firm AstraZeneca.

This vaccine will change all that, the Minister indicated.

“If we are successful we can be self-reliant and determine our own direction,” he told reporters during the press conference.

According to Mahidol University president Banchong Mahaisavariya, they will first test the safety of the vaccine during the early phases of human trials. This phase will also check on the efficacy of the vaccine in developing an individual’s immunity to the COVID-19.

A total of 460 volunteers will be participating in the human trials. 210 of these, nearly 50%, are between the ages of 18 and 59, and will be involved in the first phase. The partners require volunteers to be of good health and must not have been infected by the COVID-19.

In any case, they will be background-checked for a personal health history.

Dr. Punnee Pitisutithum, chief of the Vaccine Trial Center of the Tropical Medicine Department at the Mahidol University, said that four volunteers have already received the vaccine yesterday.

More volunteers will be needed for third phase if the first and second phases of testing are successful.