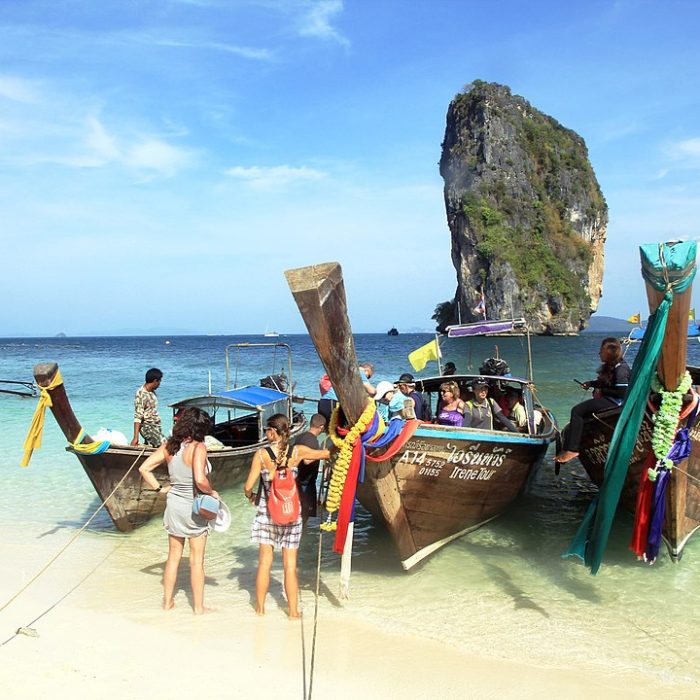 An additional 500,000 workers in the hospitality industry could lose their jobs by end of the year, the President of the Thai Council of Tourism said.
Photo By: Karelj / CC BY-SA

A top ranking member of the private sector dismissed the Special Tourist Visa, saying that the restrictions imposed on tourists under the visa program will still lead to low revenues.

The President of the Thai Council of Tourism, Chairat Trairattanajaratporn, said that Thailand still cannot revenues to match those earned at the same time period last year even with the Special Tourist Visa in force.

In particular, Mr. Chairat slammed the restrictions that have been imposed on foreigners as well as the requirements attached to those who successfully apply for the visa.

The Special Tourist Visa, which was made official by the Royal Thai government in a meeting last week, aims to revive Thailand’s foreign tourism industry.

The visa will grant holders an initial 90 days of stay in the Kingdom, with the option to extend the visa twice more for a total of 270 days.

However, the sources of the tourists are limited to countries which the Ministry of the Interior views as safe from the COVID-19 pandemic.

This alone excludes tourists from the United States, the United Kingdom and several European countries, although a group of tourists coming from Schengen nations are reportedly arriving in the Kingdom on November 1.

In addition, the Special Tourist Visa mandates that tourists must serve 14 days of quarantine in alternate state quarantine hotels. They will also be subject to two swab tests – one at the beginning of the quarantine period, and another near the end of the 14 days.

The government also revealed last week that tourists will be wearing special wristbands and install a mobile app in order for their movements to be monitored and tracked by the government.

Finally, foreign tourism is currently limited to 1,200 per month, and only 300 arrivals per week.

Documentary requirements include a negative test result for COVID-19, in which the test must be made 72 hours before the tourists depart their home country and fly to Thailand via chartered flights.

Foreign nationals holding the STV must also purchase an international insurance coverage amounting to $100,000, as well as a local insurance package valuing up to THB400,000. The latter must be purchased from local insurance companies accredited by the Royal Thai Government.

These stipulations have been viewed by the private sector as severely restrictive. Mr. Chairat said that suggestions from the private sector have “fallen on deaf ears” as the government continues to make policies without considering their representations.

This means that the country faces the new year with losses in revenue from foreign tourism, which contributed THB5.28 billion in the first three months of 2020 alone.

Mr. Chairat warned that the number of unemployed persons in the tourism industry could hit the 1-million mark by the end of this year despite government efforts to revive foreign tourism.

He also dismissed the “We Travel Together” stimulus package, adding that several hotels that have reopened due to the subsidies have closed down again because of lack of revenue with the package underperforming in its first 51 days.