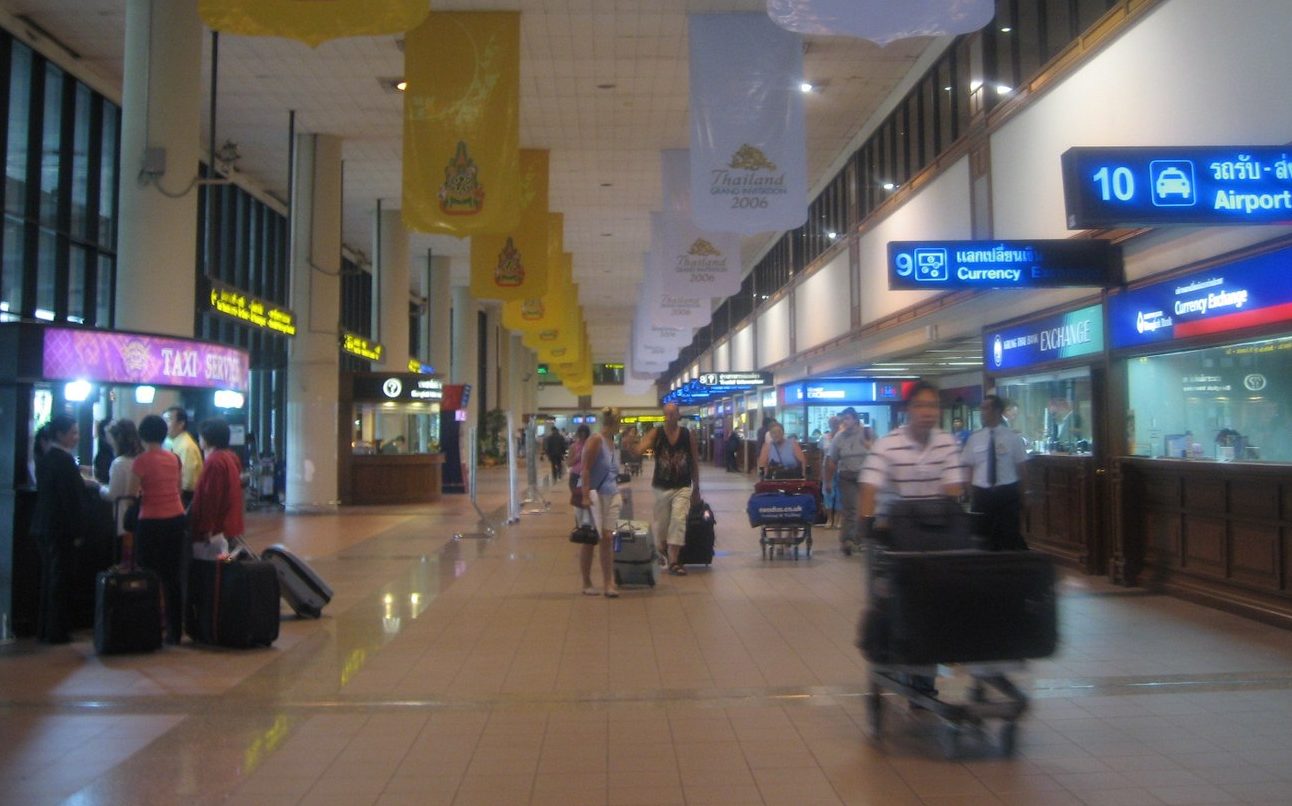 While the easing of restrictions is planned for next month, the Finance Minister still expects major increases to the number of tourist arrivals to happen in 2023.
Photo By: Terence Ong, CC BY-SA 3.0, via Wikimedia Commons

The pandemic has literally crashed the economy by stopping the flow of international arrivals to Thailand, which relies on tourism for a majority of its gross domestic product. However, the Finance Ministry is confident that things can go back to normal within the next 5 years.

According to Finance Minister Arkhom Termpittayapaisith, they are seeing the return of almost 40 million tourist arrivals within the next five years. This represents the pre-pandemic level of tourism that Thailand had enjoyed.

Minister Arkhom made these statements during a seminar hosted by the Securities and Exchange Commission on Wednesday.

The Finance Ministry said that the Kingdom can expect gradually increasing numbers of foreign arrivals in the next two years, or in 2023. This is the year in which everyone is expecting the pandemic to end, and in which Thailand can fully reopen to mass international tourism.

Only then can the tourism sector expect to see recoveries and earn back losses incurred during the pandemic, he added.

Tourism accounts for 12% of the gross domestic product. When lockdowns were enforced in Thailand and in many countries around the world in an attempt to curb the spread of the virus, the sector suffered the most damage.

In 2020, only 6.7 million foreign tourists had arrived in the Kingdom. This resulted to revenues of only THB300 billion.

By contrast, tourism arrivals contributed nearly THB2 trillion to the economy in 2019.

Minister Arkhom said that the Foreign Ministry will be working on increasing government revenues by eliciting participation in the tax system once the economy has recovered fully from the effects of COVID-19.

In addition, he said that the Finance Minister has sent proposals to relevant government agencies that will make use of existing market networks in rendering financial aid to businesses severely affected by the crisis.

What they want to achieve is a level playing field for businesses of all sizes, Minister Arkhom said, and this means helping everyone gain access to financial and capital markets.

Small and medium enterprises had complained previously that they had difficulty accessing even the soft loans offered by the Bank of Thailand through commercial banks. Start-up companies in particular had trouble accessing financial assistance because of a lack of collateral.

Minister Arkhom also pointed out that the financial market has nearly been fully digitalized, and his Ministry is proposing the relaxation of capital market laws in light of the changing context.

He also stressed the importance of promoting the capital market to allow social and environmental businesses to gain access to funds. He also hoped that the market becomes a venue that promotes good corporate governance.

However, in order for this to be possible, Minister Arkhom said that the capital market must work on boosting its digital infrastructure development and applying existing innovations to digital technology.

He also called on relevant bodies in both the public and private sectors to address two critical concerns of a fully digital capital market. These are, namely, cybersecurity and the need to ensure resilience of the market in the face of crises like a pandemic.