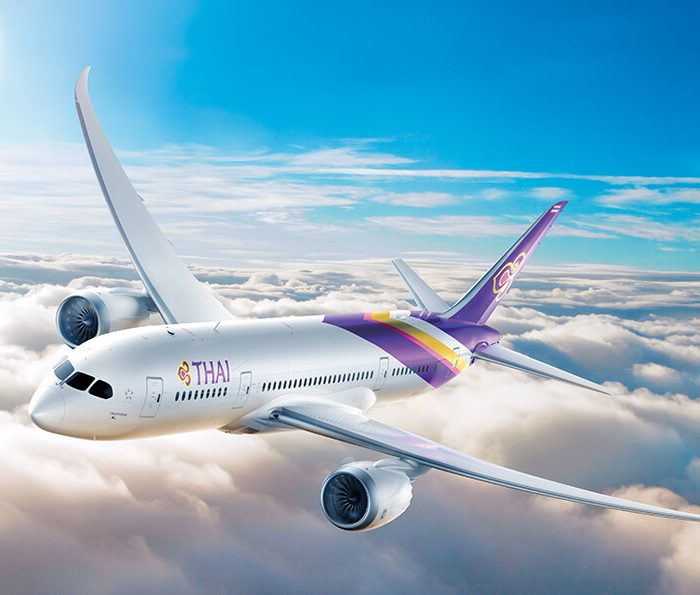 A total of 27,639 flights have been recorded in Thailand’s airspace since July.
Photo By: Thai Airways

Thailand’s airways have seen significant activity in July after the Civil Aviation Authority of Thailand and the Royal Thai Government relaxed existing restrictions on air travel in July.

According to the CAAT, there have been more than 27,000 flights plying Thailand’s air routes in July alone.

The CAAT released official statistics on Friday, August 22, that broke down the number of air flights in and out of Thailand for the month of July.

The report said that there have been a total of 27, 639 flights, a significant rise spurred by the government allowing a limited number of international flights into the Kingdom.

The total number of international flights for the month of July is at 3,6711, against 14,054 domestic flights. 7,883 recorded air travels were done by the military or government officials on sanctioned visits. 1,991 flights crossed Thailand’s airspace.

Thailand had previously closed its borders in April in a bid to contain the COVID-19 pandemic, of which it was the first to record a case outside of China.

In a bid to secure assistance for all tourism-related businesses affected by the pandemic, the private sector presented to Tourism and Sports Minister Phiphat Ratchakitprakarn the “Safe and Sealed” tourism plan.

The package aimed to target 500,000 tourists from cities and provinces around the world that have recorded no case of COVID-19 for the past 60 days. These tourists would be allowed to visit select provinces in Thailand that are considered safe.

This week, government officials announced that the first tourists under the “Safe and Sealed” promotional campaign will be allowed to visit Phuket starting October 1st.

These tourists will be subjected to a 14-day quarantine in their accommodation, after which they will be allowed to roam in Phuket if they test negative near the end of their quarantine. Minister Phiphat is proposing the creation of a “joint sealed zone” of hotels co-located within the same strip of beach, to allow tourists to enjoy activities even while on quarantine.

The Tourism Authority of Thailand will be visiting Phuket to survey the province’s readiness and its residents’ willingness to receive foreign visitors by October 1.

Tourists will also be allowed to visit other areas in Thailand, provided that they agree to another week of quarantine before departure.

To promote domestic tourism, the government has recently amended the “We Travel Together” stimulus package to extend the perks to corporate entities. The stimulus package will be expiring at the end of October this year.