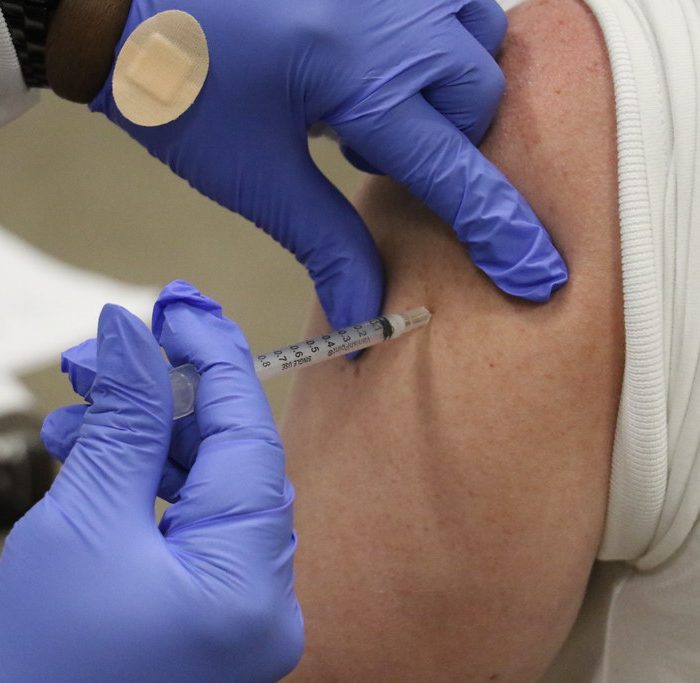 The Cabinet is set to discuss the issue further before it is approved.
Photo By: Some Rights Reserved byMecklenburg County

After months of insisting on mandatory quarantine, the Royal Government of Thailand has announced that it may consider allowing tourists to skip the 14-day isolation as long as they are able to provide proof of vaccinations against the COVID-19.

This is after several countries have begun their vaccination programs to provide their citizens with immunity against the dreaded coronavirus. Countries like the United Kingdom, the United States and European Union member states have already started such endeavor.

According to Prime Minister Prayut Chan-o-cha, his Cabinet will be deciding on the issue. If approved, tourists with vaccination certificates will be allowed to waive the quarantine requirement upon arrival in the Kingdom.

The PM said that one of the factors they are considering before this is approved is the need to track these tourists and monitor their whereabouts while they are within the Kingdom.

PM Prayut’s government had previously kept its stance on mandatory quarantine in the previous months. Government officials have said that tourists will continue to be subject to 14-day quarantine unless there is solid data that the vaccines can prevent local transmission.

The change in stance is important to the government’s efforts to revive the tourism industry. The industry has shrunk significantly because of the lockdown imposed in April as well as outbound restrictions in various countries around the globe.

An economic think tank weighed in and said that approval of this measure will revive the tourism sector, which previously accounted for about 20% of the country’s economy.

“If this goes ahead as planned, it will be a big boost to tourism and economy,” said Nattaporn Triratanasirikul, who works as an economic at the Kasikorn Research Center based in the capital.

However, he said that the government still has to consider several uncertain factors like health concerns, as well as issues like the most recent outbreak of local infections, the need to efficiently roll out COVID-19 vaccines and a systematic reopening of the borders.

The Bank of Thailand itself said that a revival of tourism is necessary if the government wants to see the economy recover in the future. The BoT specifically said that the uncertainty regarding the return of foreign tourism is a “major risk” to the country’s growth outlook in the medium term.

Because of this uncertainty, the BoT this month is seeing the economy growing at a pace slower than the 3.2% that it had initially foreseen last December.

Both the private sector and government officials have considered the vaccination program of the government as crucial to the return of foreign tourism, and the economy in general.

Thailand is set to receive 200,000 doses of the Sinovac vaccine today, after which it will begin the nationwide immunization program.

AstraZeneca will also contribute 61 million doses to the immunization program through a technology transfer component of its agreement with the government. The vaccine will be produced locally by Siam Bioscience, and will be rolled out in the second phase of the immunization starting in June.

PM Prayut said that they will eventually allow private hospitals to purchase vaccines, as well as approve registration of other brands of the COVID-19 vaccine.

“Many companies have shown interest to register but their documents are not completed yet,” Gen Prayut said. “It is good that we will have more vaccines than the 65 million doses planned by the government now.”