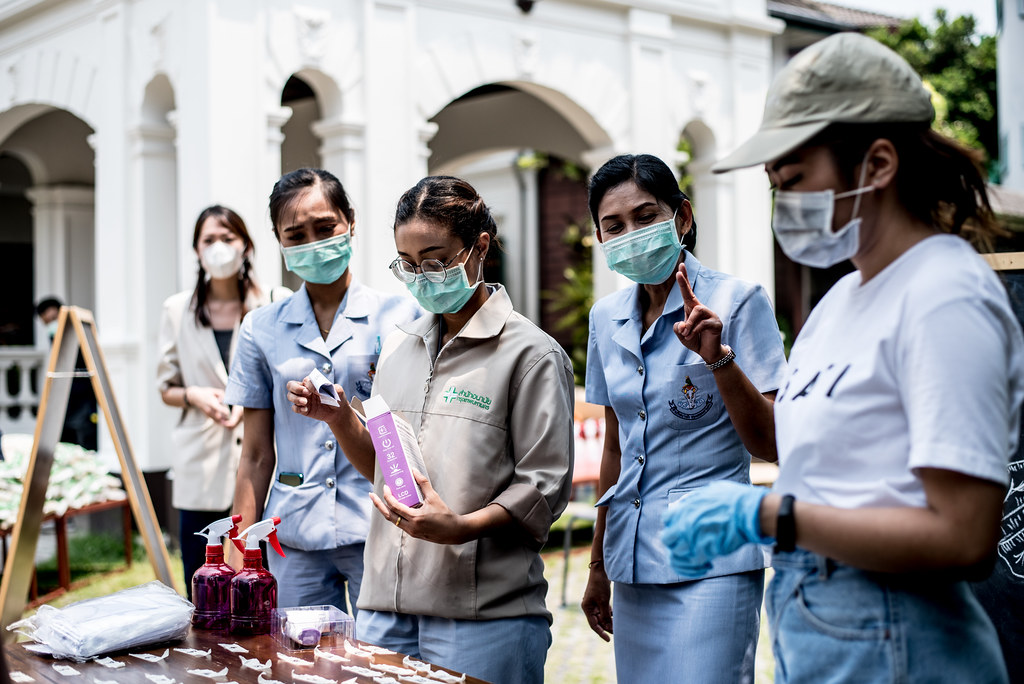 The total deaths for this month alone as of today is 23, the CCSA said.
Photo By: Some Rights Reserved byUN Women Asia & the Pacific

Thailand continues to see a rise in the number of daily cases, with 1,470 new cases recorded over the past 24 hours. Also, 7 more people died after being infected by the COVID-19, bringing the death toll up to 117.

All of the new cases are locally transmitted, with hospitals reporting 1,370 cases. Mass testing unearthed the remaining 100 cases.

One of the cases, as reported by the Center for COVID-19 Situation Administration spokesperson Dr. Taweesilp Visayunothin, was a 24-year old Thai woman from the province of Phattalung. The CCSA official said that the fatality suffered from clinical obesity.

She became infected on April 7 after coming into contact with a previously confirmed case in an entertainment venue. 9 days later, on April 16, she started developing symptoms like fever, sore throat, and cough.

She sought a COVID-19 test on April 17, and was found to be positive for the virus. She was admitted as her symptoms progressed to lung inflammation and shortness of breath.

Her lung inflammation worsened, resulting to a drop in blood oxygen levels on Monday. The next day, she succumbed to her infection at 2:30 pm.

The second death was a 68-year-old Thai woman from Saraburi province, who also died on Tuesday. She worked as a nanny, and became infected on April 5 after coming into contact with a confirmed case.

She developed symptoms on April 12, but was only admitted and diagnosed on Monday. By that time, she needed to be connected to a ventilator but she died the next day.

The CCSA said that she also had allergies.

The third death was an 83-year-old man from Bangkok who also suffered from hypertension and high cholesterol. He was tested and was found positive on March 23, six days after developing symptoms. He was treated beginning on March 25.

The fourth fatality involved a diabetic woman from Nakhon Pathom. She was 80 years old and was bed-ridden. She was likely infected by visiting relatives who stayed at her home between April 13 and April 15.

She was tested and diagnosed as positive on April 16, and died the morning after at 6:30 am.

The fifth death was a local male who lived in Bangkok and a driver by profession. He came into contact with a previously confirmed case, and developed symptoms on April 9.

8 days later, he had fever of 40.2 degrees Celsius and excessive phlegm. He visited a hospital but was sent home with medications. However, he was admitted on Monday with breathing difficulties and was found positive for COVID-19.

He died on Tuesday. He was 45 years old.

The sixth case was a 59-year-old Thai who worked at a state-owned enterprises in Bangkok. He developed cough on April 14, but was only admitted on Tuesday due to breathing difficulties. He died shortly after.

The final case is an 86-year-old Thai male who suffered heart disease, and also lived in Bangkok. He tested positive on Tuesday, and died on Wednesday morning.

Dr. Taweesilp said that this month alone had seen 23 deaths from COVID-19.