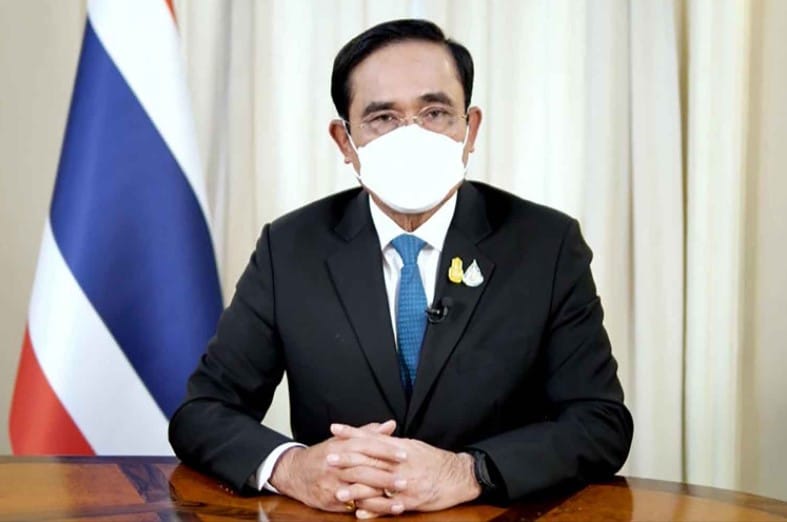 Starting November 1, foreign tourists who have been fully inoculated and coming from “low-risk countries” will be permitted to enter Thailand without undergoing quarantine.  According to a report, Thai Prime Minister Prayut Chan-o-cha announced the plan on October 11.

“The time has come for us to ready ourselves to face the coronavirus and live with it as with other endemic infections and diseases, much as we have learned to live with other diseases with treatments and vaccinations. Today, I would like to announce the first small but important step in decisively beginning the process of trying to restore our livelihoods.”

PM Prayut Chan-o-cha has requested that the CCSA and the Public Health Ministry to consider allowing fully inoculated visitors to enter Thailand without undergoing quarantine beginning November 1. Although nothing is set in stone, CCSA meetings are presided over by the Prime Minister, meaning that the approval is likely to be a formality.

Vaccinated tourists would still be required to submit to a negative RT PCR test before leaving their country and a second PCR test upon arrival in Thailand. If both tests are negative, they can then be free to go anywhere in the country as they pleased. USA, UK, China, Germany, and Singapore are among the 10 approved “low-risk” countries. The remaining 5 countries will be announced on October 14.

According to the Prime Minister, the list of approved countries will be added on December 1 and on January 1. Tourist arrivals from non-approved countries will still require quarantine, even if they are fully inoculated. There is still no decision on lifting other entry limitations such as COE or Certificate of Entry and the need for new arrivals to stay in an SHA Plus hotel.

Additionally, the PM stated that liquor and serving alcohol in restaurants are allowed starting on December 1, indicating that nightlife and bar establishments may reopen. He acknowledged the dangers involved with the decision, stating that it is necessary to minimize possible risks in COVID-19 while ensuring that people whose livelihoods rely on tourism don’t miss a second peak season.

“I know this decision comes with some risk. It is almost certain that we will see a temporary rise in serious cases as we relax these restrictions. We will have to track the situation very carefully, and see how to contain and live with that situation because I do not think that the many millions who depend on the income generated by the travel, leisure, and entertainment sector can possibly afford the devastating blow of a second lost New Year holiday period.”

For more information on how to get into Thailand hassle-free using a Thailand Elite visa, CLICK HERE. Apply now and get free 3 months visa extension.