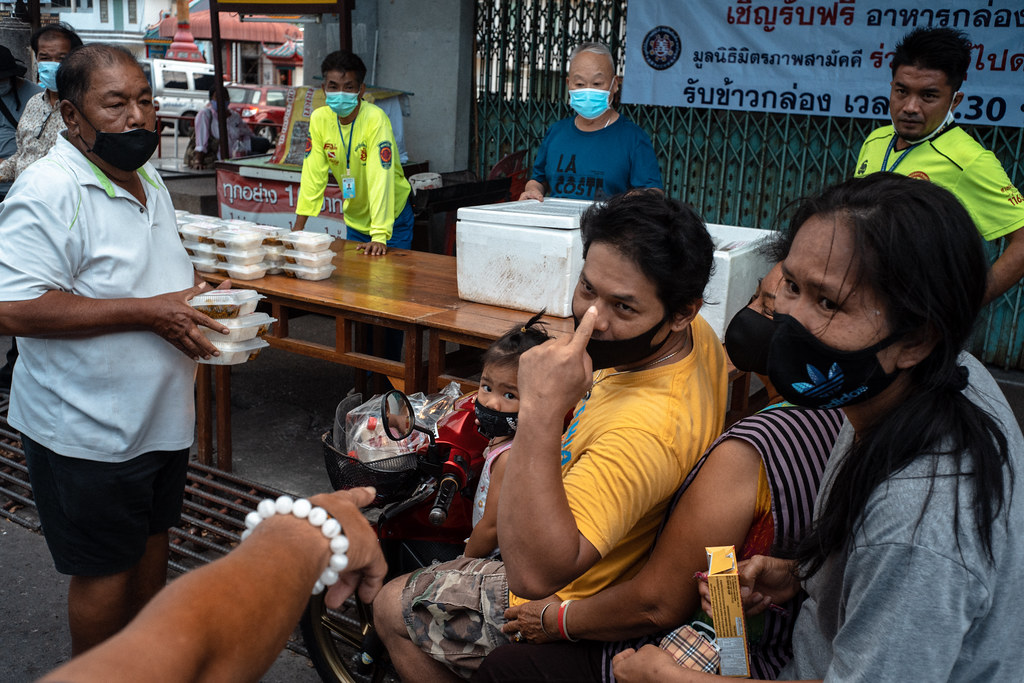 Thailand’s death toll to the third wave is now at 69.
Photo By: Some Rights Reserved bySikitikul

In a development that demonstrates the severity of the ongoing third wave of infections, Thailand has reported on Monday 15 new deaths from the previous 24 hours. In addition, the government has reported 2,179 new cases of infection.

This brings Thailand’s death toll to 163, and the total number of cases from the beginning of the pandemic to 59,687.

Before third wave, Thailand would sporadically report one or two deaths, but always less than 10 and never in quick succession. This is the first time since the beginning of the pandemic that Thailand has reported deaths that exceed 10 people.

According to the Center for COVID-19 Situation Administration spokesperson Taweesilp Visayunothin, all of the fatalities were Thai nationals.

Nine of the deaths were reported in Bangkok, while two of the fatalities died in Nakhon Sawan. Chaiyaphum, Phetchaburi, Samut Prakan and Saraburi reported one death each from the novel coronavirus.

Aged between 24 and 88 years old, Dr. Taweesilp said that each of the fatalities had suffered from underlying chronic conditions. These include diabetes, renal disease, asthma, heart disease, pulmonary ailments and cancer.

He said that most of the fatalities had become infected by visiting entertainment venues as well as markets. Others also contracted the disease by coming into contact with previously confirmed cases.
Furthermore, Dr. Taweesilp added that death came within 1 to 6 days after being diagnosed as positive for COVID-19.

“One of the deaths came after 16 days,” Dr Taweesilp said.
For Monday’s daily total, Thailand only saw five cases imported from abroad. The rest of the daily total, which number 2,174 cases, are all instances of local transmission.

The third wave has already spread to nearly all of the 77 provinces of the Kingdom. Dr. Taweesilp said that seven provinces have reported at least 50 cases, while 25 provinces had at least 10 cases and 52 had less than 10 infections reported.

Out of the 2,174 cases reported, Bangkok accounted for 993 new cases. Nonthaburi followed second with 149 cases, while Pathum Thani and Samut Prakan both reported 93 cases each.
Distribution in other provinces are as follows:

Dr. Taweesilp noted that some of the cases in Samut Sakhon are connected with the clusters in Bangkok.
As for the imported cases, 2 arrived from Indonesia, and 1 each from Switzerland, India and the United Arab Emirates.

Thailand continues to maintain a high recovery rate at 56.21%, with 1,958 having recovered within the past 24 hours. 25,973 remain at hospitals for treatment, with 628 people in intensive care and 169 individuals requiring the assistance of ventilators.