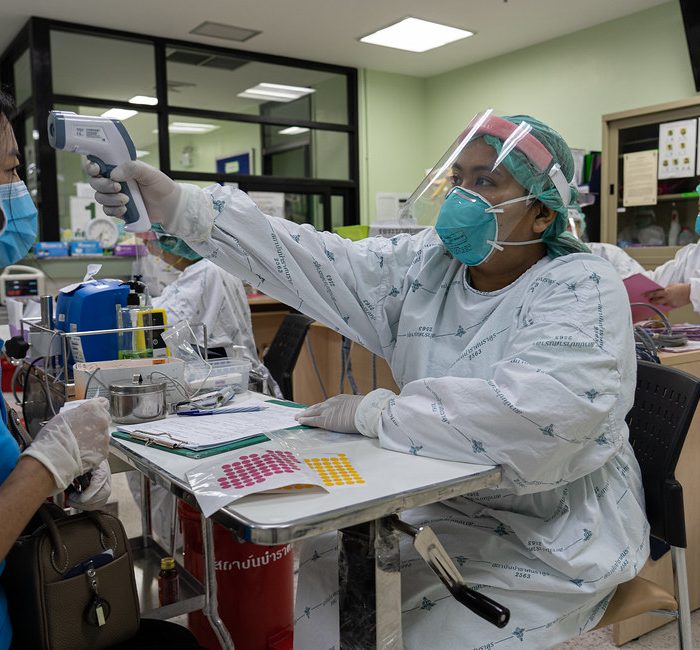 More than half of the cases were reported from Samut Sakhon.
Photo By: Some Rights Reserved byUN Women Asia & the Pacific

Thailand has reported 175 new cases of COVID-19 on Thursday, the Center for COVID-19 Situation Administration said on Friday afternoon.

According to the CCSA, 120 of the cases were found through active case finding. The other 47 were reported from hospitals. Eight cases were recorded from people who arrived from abroad. This brings Thailand total cases to 24,279.

In Bangkok, hospitals confirmed nine new infections of COVID-19. Six of these cases were locals, while three were nationals from Myanmar. Two patients were security guards, three were company employees, one is a vendor, one works at a university, one workers in the medical industry and one is laborer.

Meanwhile, one case each was reported in the provinces of Chon Buri, Nonthaburi, and Samut Songkhram. These were all found in hospitals and not through active case finding.

As for the imported cases, one case each came from these countries: Jordan, Germany, Sweden, Indonesia, Italy, Iceland, Sierra Leone and Malaysia.

Out of the current total of 24,279 cases, 83.24% of the patients had recovered. 411 had been discharged by the hospitals between Thursday and Friday, while 3,989 continue to receive treatment for COVID-19.

With no new deaths, the death toll remains at 80.

As cases continue to rise through case finding, the national government of Thailand has announced that it will be kick starting its immunization program this month in an effort to curb the spread of the novel coronavirus.

It will begin with an initial shipment of 2 million doses from China’s Sinovac Biotech. The first groups to be immunized are the front-liners who are manning field hospitals and checkpoints in provinces considered high-risk for infection like Samut Sakhon.

Deputy Health Minister Sopon Iamsirithaworn said that the vaccination will proceed in two phases – Phase 1 will run from February to May and will use imported doses. By June, Siam Biotech will begin producing doses of the AstraZeneca vaccine through a technology transfer agreement.

The second phase, which will run from June to December, is expected to administer 61 million doses that will be produced locally.

Mr. Sopon revealed that the government hopes to achieve herd immunity by December, or have 60% of the total population of Thailand inoculated against the virus.