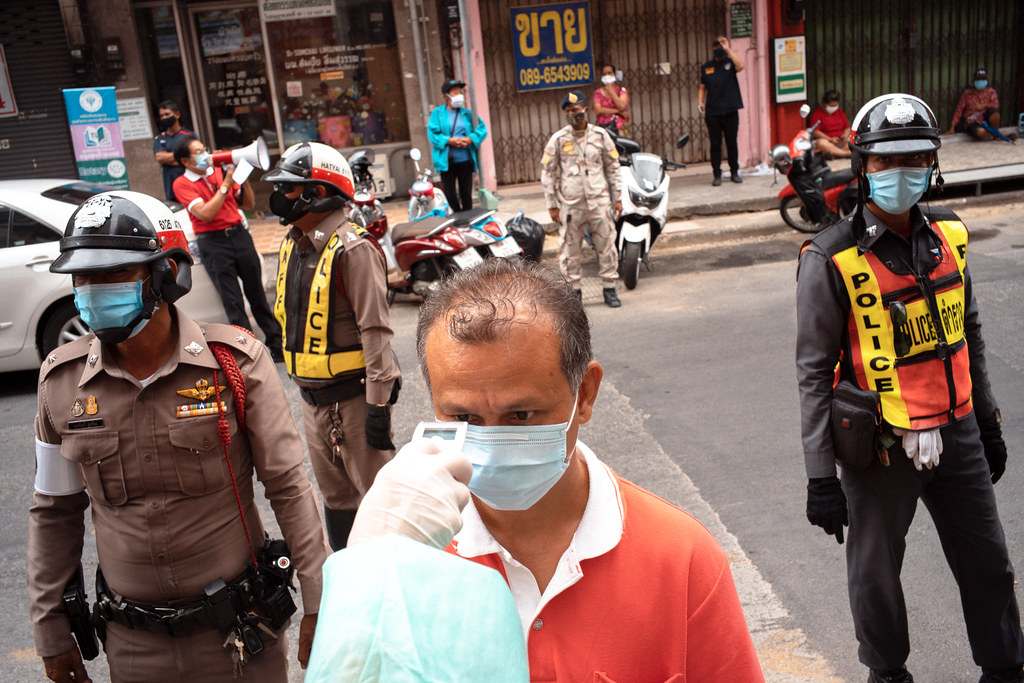 321 cases are linked to the Samut Sakhon outbreak and were found through active testing.
Photo By: Some Rights Reserved bySakulchai Sikitikul

Thailand has reported 374 new cases of infection of the COVID-19 on Sunday. This brings the total number of cases in the Kingdom to 12,054, with the death toll remaining at 70.

According to the Center for COVID-19 Situation Administration, 321 of the cases were found by contact tracing and testing in high-risk areas. These include Samut Sakhon, the epicenter of the most recent outbreak.

311 foreigners are also part of the new case count, while 43 cases of local transmission were reported by hospitals. 10 repatriated Thais were also found positive for the COVID-19 in airports.

The CCSA said that the three new cases in Phattalung are migrant workers – two from Myanmar and one from Laos. They are now being treated at the Bang Kaeo Hospital in the province’s Bang Kaeo district.

Phattalung is the latest province to report a case that is linked to the Samut Sakhon Shrimp Market outbreak. This brings the number of provinces affected by the second wave to 61.

Trang also reported two cases of infection involving foreigners. According to the CCSA, active testing found two Burmese men as positive for the virus. They were working in a rubber processing factory.

There are now only 16 provinces that have not reported a case that is directly linked to the “second wave” of new cases that started in the province of Samut Sakhon.

CCSA spokesperson Taweesilp Visanuyothin said that the government is conducting contact tracing on these new cases in order to determine who of their contacts have been infected by the COVID-19.

Mr. Taweesilp added that health officials are going to conduct active testing in factories throughout the nation to find migrant workers, especially illegal ones, who are infected by the virus.

The government estimates that there are around 50,000 migrant workers who are unregistered or have been brought in illegally to the Kingdom.

Dr. Taweesilp said that most migrant workers are young and are probably asymptomatic, which means that they’re not aware that they are positive and infect others with the virus.

The CCSA spokesperson called on these unregistered workers to register with the Labour Ministry’s Employment Department. They have until February 13 to register and avoid penalties for illegally entering the country under the government’s amnesty programme.

The government hopes to identify unregistered workers through the program and monitor their health in order to avoid further infections.

Some of the perks of registering is being able to extend their stay in the Kingdom to two years. If they have a dependent less than 18 years of age in the Kingdom, the same benefits are extended to the dependent as well.

Dr. Taweesilp urged illegal migrant workers and their employers to cooperate in the government’s efforts to control the new outbreak and keep Thailand safe.