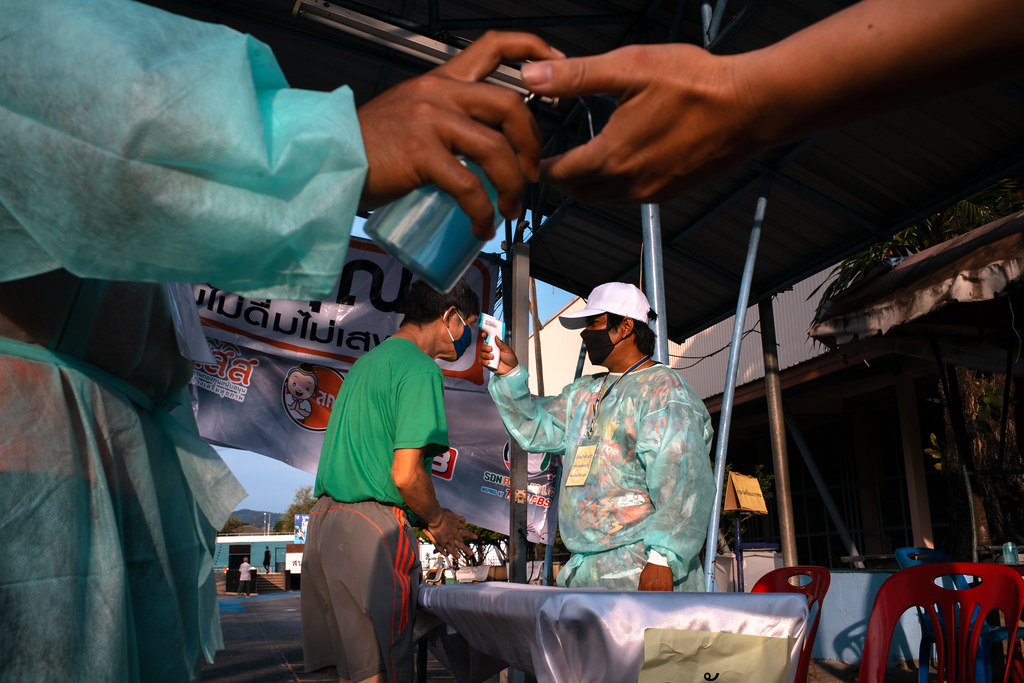 Samut Sakhon accounts for more than half of the daily total.
Photo By: Some Rights Reserved bySakulchai Sikitikul

The Center for COVID-19 Situation Administration said that they have found 95 new cases of the COVID-19 in the past 24 hours. This brings the total number of cases in Thailand to 25,599.

According to the CCSA, 93 of these cases are local transmissions. CCSA assistant spokesperson Panprapa Yongtrakul said that they found 41 cases through active case finding. The remaining 52 of the 93 cases were reported by hospitals in various provinces of the Kingdom.

As is the case in previous reports, Samut Sakhon reported majority of the new cases. 54 were found in the province, comprising 58.06% of the national total for today. 40 cases were found in hospitals, where 26 locals 14 Myanmar nationals were found to be positive for the virus.

Active case finding on the other hand found two local and 12 Myanmar nationals to be infected by the COVID-19.

Tak reported only two cases, both involving Myanmar nationals. No Thais were found infected in the province in the past 24 hours. Nonthaburi, on the other hand, reported two cases through active case finding. These were all foreigners as well, a Myanmar citizen and a Cambodian national.

One Thai was found infected by a hospital in Nonthaburi.

On the other hand, the Kingdom imported only two cases, both of which came from the United Kingdom. One case is a 51-year-old British company employee working in the Kingdom, and the other is a 16-year-old Thai student that returned home.

Thailand’s total number of cases is at 25,999. 95.5% of the cases have recovered, with the most recent recoveries numbered at 85 over the past 24 hours. 1,070 continues to receive treatment at hospitals.

No deaths were reported, keeping the death toll in Thailand at 83.

In related news, the CCSA has announced that the first 200,000 doses of the Sinovac vaccine will be arriving tomorrow.

CCSA spokesperson Taweesilp Visayunothin said that these doses will head over to 13 provinces that were observed to have high infection rates. Provinces with significant inputs to the economy will also receive some of the doses.

Dr. Taweesilp said that the vaccination programme will then be proceeding in two phases. The first phase will inoculate personnel in the health industry including private sector entities that frequently comes into contact with infected personnel.

The first phase will also cover government employees that work in the health sector.

People aged 60 years and above, as well as those that suffer from chronic and severe diseases including diabetes, stage-5 renal disease, cancer, obesity and cardiovascular disease, will also be part of the first phase.

Last but not the least, active disease control personnel that continually come into contact with infected patients will receive the first batch of vaccines as well.