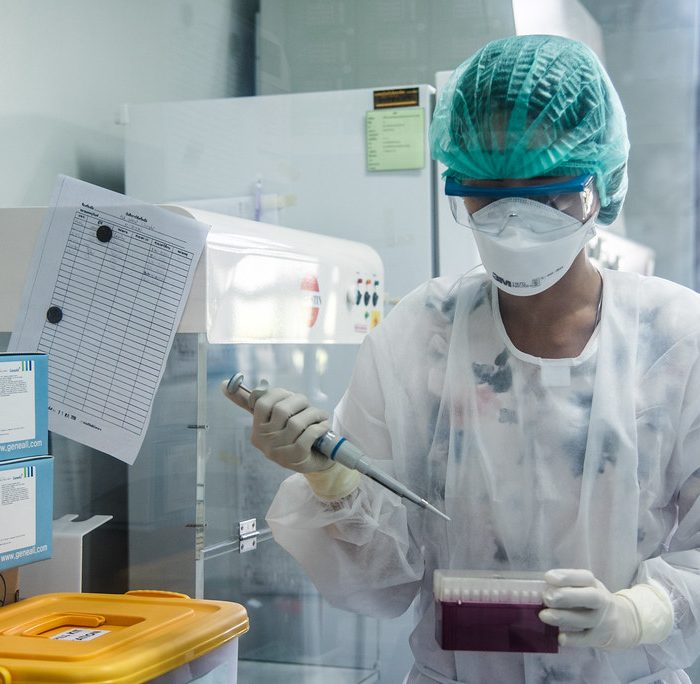 As the government intensifies its case-finding efforts and contain the second wave of the pandemic, the Center for COVID-19 Situation Administration has announced that the total number of new cases for Tuesday is 959.

According to CCSA spokesperson Taweesilp Visayunothin, who is currently on self-isolation after coming into contact with a commentator at “high risk” for the virus, this figure also counts the 848 cases that were found through case-finding in various communities.

Of these new cases, Samut Sakhon accounts for 844. The specific number of people infected are 760 migrant workers and 84 Thais. Four Thais in Bangkok were also found to be positive for the COVID-19.

Hospitals also reported a total of 89 cases. 70 cases are from Samut Sakhon, and 17 cases were reported from the capital, Bangkok.

Thailand now has an accumulated total of 14,646 cases. Recovery rate is at 74.37%, or 10,892 cases. 3,679 patients are still undergoing treatment, including Samut Sakhon Governor Veerasak Vichitsangsri who tested positive a week after the start of the second outbreak.

No new deaths were reported. Thailand’s death toll remains at 75.

The registration began on January 15, and had already registered 190,000 illegal migrants.

Minister Suchart said that they are expecting 500,000 illegal migrants to turn up and register for the program, which will end on February 13.

Registration will authorize them to continue working in Thailand for two more years before they have to return to their homes. If they have dependents in Thailand, they will be extended the same perks as well.

The Cabinet had approved the proposal to have illegal migrant workers registered in order to make it easy for health authorities to monitor their health. The start of the second outbreak had seen the virus spread quickly among migrant workers in Samut Sakhon.

At the same time, the government is also reaching out to factories where migrant workers are employed all throughout the Kingdom in order to conduct COVID-19 tests in an attempt to prevent the further spread of the virus.

500 illegal migrant workers that have been apprehended by the police have also taken advantage of special registration. They will now be able to work until February 13, 2023, after which they will be repatriated to their home countries.

On the other hand, registered migrant workers with expired visas have been given an extension of six months to renew their visas.