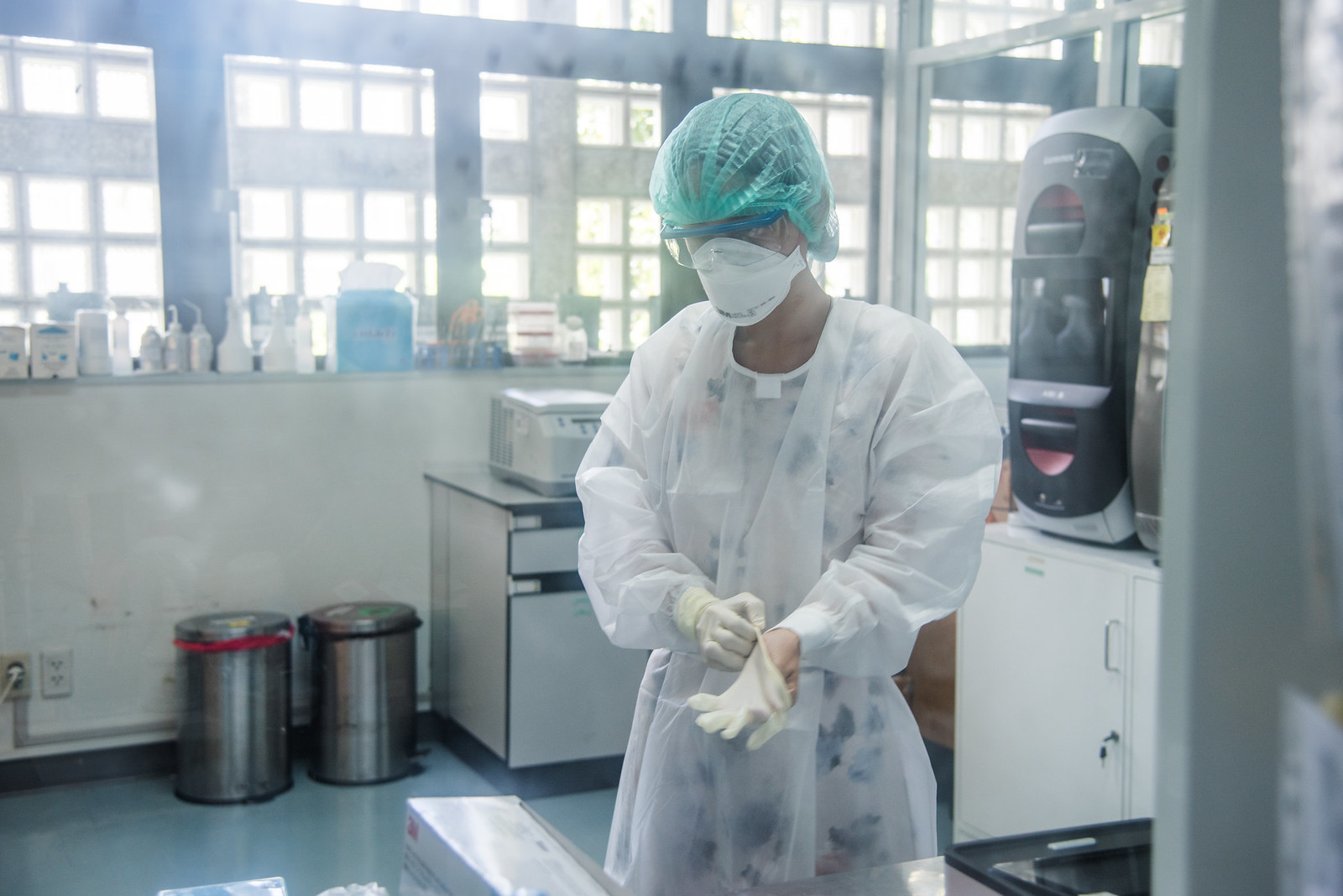 The new death comes amidst the continuous rise in cases of local transmission.
Photo By: Some Rights Reserved byWHO Thailand

Thailand has seen its newest death since November 6, bringing the total death toll to 61. The patient, a 45-year-old man, suffered complications as a result of advanced infection on Monday.

According to Deputy Public Health Minister Sathit Pitutecha, the man was linked to the Rayong cluster of infections. He was being taken to the hospital but eventually stopped breathing after suffering respiratory difficulties on the ambulance.

His death follows a Thai returnee who flew in from the UK in November, tested positive, and died on November 6.

This news also came amidst a rapid rise in cases due to two clusters – the outbreak in Samut Sakhon that is centered on the Shrimp Market in the province, and the Rayong cluster where at least 50 people were found positive after socializing in a gambling den.

Dr. Taweesilp urged provincial authorities to consider their jurisdictions as “maximum control zones” or “control zones,” and encouraged them to exercise their full power in containing the infections.

This is necessary in order to keep the number of cases daily to three digits, or else the numbers could hit four to five digits daily this month or by middle of January.

“The best solution is to refrain from socialising, and the curve will flatten,” he added.

Among the new cases on Monday is Governor Veerasak Vichitsangsiri of Samut Sakhon, who most likely became exposed to the virus after traveling around the province coordinating public health efforts. Mr. Veerasak had also met with Public Health Officials on Sunday, including Public Health Minister Anutin Charnvirakul and other top officials in the ministry.

Mr. Anutin and his companions immediately underwent a COVID-19 test and returned a negative result. They have also been placed in 14-day quarantine.

Two military officers, Lt. Gen. Santipong Thammapiya and Maj. Gen. Thanathip Sawangsaeng, have reportedly came into contact with Mr. Anutin as well and have been placed under quarantine.

Governor Veerasak is currently undergoing treatment to a private hospital, and is closely monitored due to pre-existing medical conditions. Minister Anutin and Prime Minister Prayut Chan-o-cha have both extended their moral support to the Samut Sakhon governor.

Due to the rising number of cases, the Bangkok Metropolitan Administration issued a closure order of all entertainment venues in the capital. This order closed all bars with hostesses, horseracing tracks and cockfighting arenas.

Massage parlors are also covered by the closure order.

The order exempts pubs and restaurants, but they are limited to serving only food and drinks, and must close by midnight.  BMA spokesman Pongsakorn Kwanmuang urged these exempt venues to continue to observe disease control measures, including face masks and social distancing.

The order remains effective until January 4.

Thailand’s cases are now at 6,141. Out of these, 4,161 cases have resulted to recoveries. The death toll has gone up to 61 with the latest developments.