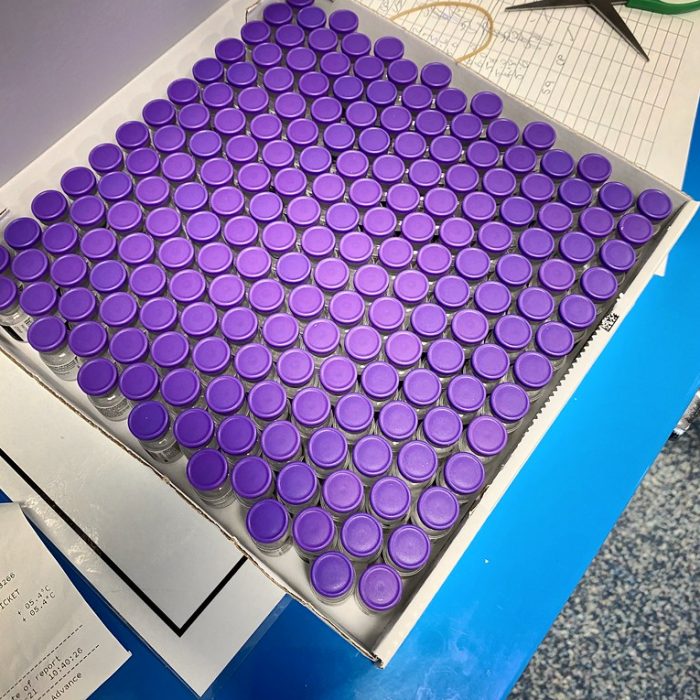 The vaccination program will roll out on Monday, with two top ministers receiving their shots ahead on Sunday.
Photo By: Some Rights Reserved byjenwuk

Thailand now has a total of 317,600 doses of two COVID-19 vaccines, with the Kingdom now ready to begin its inoculation program with jabs from both China’s Sinovac and the British/Swedish firm AstraZeneca.

In an unexpected development, 117,600 doses of the AstraZeneca vaccine arrived yesterday as well together with the Chinese jab.

Permanent Secretary for Public Health Dr. Kiattiphum Wongrajit said that the arrival of the AstraZeneca vaccines was made possible by negotiations between AstraZeneca and the National Vaccine Institute.

Public Health Minister Anutin Charnvirakul revealed that the negotiations for the AstraZeneca vaccines was a “back up” plan in case Sinovac fails to follow through with its part of the vaccine acquisition deal.

The acquisition of the AstraZeneca vaccines encountered roadblocks when the European Union declared last month that it will disallow companies based in its jurisdiction to import any vaccine doses if its member states’ orders are not fulfilled first.

Being a British/Swedish firm, AstraZeneca was bound by that declaration but had indicated to the Thai government that it can fulfill the initial batch of doses from its Asian manufacturing facilities.

In any case, the Royal Thai government expects to receive a further 800,000 doses and another 1 million doses next month and in April respectively. These are all part of the government’s deal with Sinovac for 2 million doses.

The Kingdom will also locally produce the rest of the order with AstraZeneca, with 61 million doses to be produced by Siam Bioscience through a transfer of technology agreement starting June this year.

According to Dr. Nakorn, the arrival of the AstraZeneca vaccines was actually ahead of schedule. He added that the vaccines will also need to receive a lot release certificate before it can be distributed to priority groups determined by the Department of Disease Control.

Dr. Sopon said that Prime Minister Prayut will be receiving the AstraZeneca vaccine, while Minister Anutin will be inoculated with the Chinese-made Sinovac.

The vaccination for the top two officials of the Royal Thai government will take place at the Bamrasnaradura Infectious Disease Institute.

Minister Anutin explained that the PM, who is 67 years old, is not an ideal recipient of the Sinovac vaccine. The vaccine only had documented trial data involving volunteers aged 18 to 59 years old, with efficacy data on people older than the threshold not available.

Prime Minister Prayut had announced before the arrival of the two vaccines that he will be the first to take a jab to demonstrate and foster confidence among the people. At that time, the news had only indicated the pending delivery of the Sinovac vaccines.

Minister Anutin said that the decision will go through a risk-assessment process by the Disease Control Department, but also stressed the importance of Prime Minister Prayut receiving the AstraZeneca vaccine due to his position of leadership.