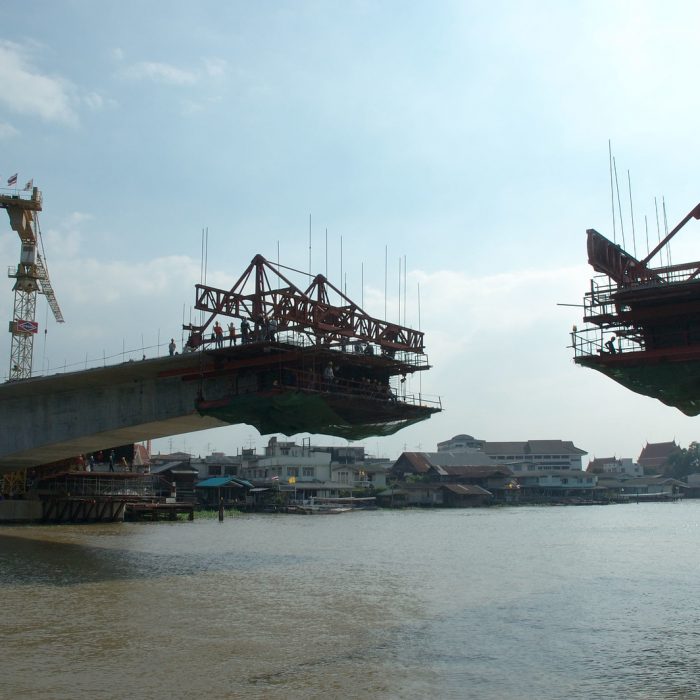 Thailand joins Vietnam, South Korea and Singapore, all of which had partnered with the US for infrastructure development.
Photo By: Some Rights Reserved by Jace

The Kingdom of Thailand and the United States of America have jointly signed an agreement that will allow both countries to cooperate in terms of infrastructure development.

The Ministry of Finance, representing the Royal Government of Thailand, signed the bilateral agreement with the United States Department of Treasure, which is represented by US Ambassador Michael George DeSombre.

The documents were signed by both parties in the Ministry of Office in Bangkok.

The agreement enables both Thailand and the US to jointly form a working group in order to study the problems in infrastructure development in the Kingdom. One of the problems to be addressed is how financing can be available for developers involved in building national infrastructure.

In addition, both countries will develop funding that will be obtained from members of the private sector. They will also promote money and capital markets to enable more contractors to participate in the infrastructure development.

The goal is to improve Thailand’s competitiveness in the Southeast Asian market, and also to add to the Kingdom’s bilateral partnerships.

Thailand joins fellow Asian countries Singapore, South Korea and Vietnam in signing a bilateral infrastructure development deal with the US.

Despite the pandemic, the Government continues to be active in developing infrastructure in the country with an aim to improve the economy. Projects focus particularly in the Eastern Economic Corridor, an area of rapid industrial development that will also make it possible for Thailand to facilitate free flow of goods and services with other ASEAN countries.

This month, the Center for Economic Situation Administration unveiled a “Mega Bridge” project that will directly connect the Patttaya/Chonburi hub with Hua Hin.

CESA Chairman Pailin Chuchottaworn said that the bridge will have the effects of shortening travel between the three areas as well as boost tourism for Hua Hin. Mr. Pailin pointed out that the difficulty and length of time required right now to travel the distance between Hua Hin and Pattaya/Chonburi is discouraging tourists from adding the former to their itineraries.

“In truth, the tourists want to travel to both cities but they choose Pattaya first partly because Chonburi has more attractions and more convenient transportation options,”Mr. Pailin explained.

However, with the potential “Mega Bridge,” transportation and travel between both areas will be more convenient. It will also spill over benefits in tourism to other areas in the Upper Southern regions of Thailand, including Cha-am, Petchaburi and Prachuap Khiri Khan.

The bridge, Mr. Pailin revealed, will cost THB900 billion, and will be 80 to 100 kilometers in length.

The scale of the project almost means that it will take an estimated 10 years before it is completed.

Mr. Pailin revealed that the CESA has already approved in principle the project, and will involve local labor and materials to make it possible for the government to realize savings from the project’s budget.

Justifying the budget, Mr. Pailin said: “We have to admit that 900 billion baht is a huge amount of money but it is reasonable when considering its final results. It is also cheaper than some other mega projects that are currently being accelerated.”