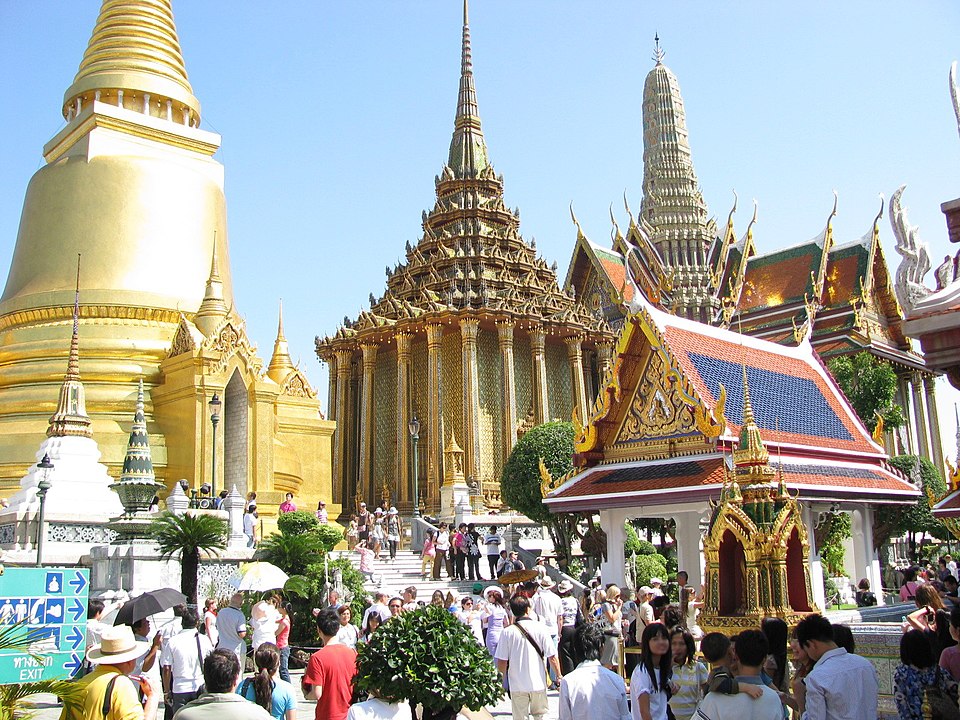 The TAT, in partnership with Chinese firms Fliggy and Alipay, aims to encourage Chinese expats to travel and visit tourist destinations in Thailand by offering them exclusive discounts and perks.
Photo By: Aimaimyi / CC BY

In the latest among a string of moves to bring revenues to the domestic tourism of industry, the Tourism Authority of Thailand announced that it is launching a promotional campaign targeted towards Chinese expatriates living in Thailand.

The TAT, in partnership with Chinese firms Fliggy and Alipay, aims to encourage Chinese expats to travel and visit tourist destinations in Thailand by offering them exclusive discounts and perks.

Fliggy is a travel platform operating under Jack Ma’s Alibaba Group of Companies. Alipay is a mobile payment platform owned by the Ant Group.

According to TAT governor Yuthasak Supasorn, Chinese expats interested to avail of the tourism package will need to register for an Alipay account, if they haven’t done so already.

RMB388 is worth roughly THB1,738.40 according to the current exchange rate.

The TAT said that this tourism package will promote a large number of tourist destinations in Thailand, including Bangkok, Pattaya, Phuket, Chiang Mai, Hua Hin and Ko Samet.

The promotion campaign will run until December 31, 2020.

This is the latest government effort to promote and stimulate domestic tourism, in order to revitalize that sector of the economy that was hardest hit by the COVID-19 pandemic.

With international tourism currently on hold – with a plan for limited reopening approved in principle for October – the government has said that it is important to boost domestic tourism in order to bring much-needed revenues to the industry, and its participating businesses.

In July, the government launched the “We Travel Together” stimulus package through which locals can have the government subsidize part of their travel expenses.

Despite a promising turnout in the two long-weekend holidays in July, the TAT recently admitted that the stimulus package is underperforming. Out of a targeted 5 million reservations, only 10,000 reservations everyday have been recorded, according to the TAT.

In a bid to raise fresh demand, the TAT has extended the perks of the stimulus to corporate entities, which can then use them as employee rewards or bonuses for their business partners.

The government also recently announced the “Expat Travel Deal 2020” which will take place in Bangkok from September 11 to September 13.

Participating travel agencies will be offering expatriates exclusive discounts and travel packages that they can avail of. If interested, they will only need to present a valid passport in order to organize a package with the tour provider.

The Finance Ministry has also announced a THB500 subsidy for foreign expats and their families to use in short travels in the country. To qualify for the subsidy, their trip must be at least a day in length.

The government has announced the limited reopening of Phuket by October 1, under the Safe and Sealed plan of the Tourism and Sports Ministry, but official details have not yet been released.