Tourism Between China And Thailand Not Likely To Resume Soon 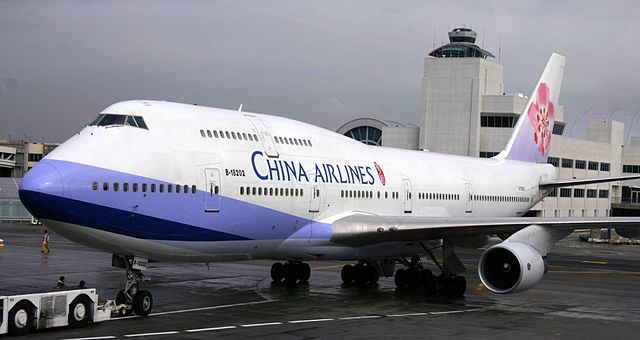 Tourism Between China And Thailand Not Likely To Resume Soon
Photo By: Frank Kovalchek from Anchorage, Alaska, USA / CC BY

The Royal Thai government had previously entered into negotiations with the People’s Republic of China on a supposed travel bubble agreement, but that fell apart after a fresh outbreak in Beijing, the PRC’s capital city.

Further dashing everyone’s hopes is the Chinese embassy official’s statement that tourism between both countries is unlikely to reopen anytime in the near future.

According to Minister Yang Xin, while China has declared its borders open for tourism, it has not itself started to welcome any tourists into the country. In line with that, the PRC has also not given its citizens permission to travel abroad yet as well.

Minister Yang is the minister counsellor and deputy chief of mission at the Embassy of the People’s Republic of China to Thailand.

Minister Yang pointed out that many Chinese are eager to travel to Thailand, but the Kingdom itself is not ready to reopen itself to foreign tourism in the near future.

Before the pandemic, Chinese tourists made up a large part of Thailand’s foreign tourist traffic. Out of roughly 40 million tourists who visited Thailand every year, a fourth of that, or 10 million, come from the PRC.

China had been one of the three nations – the other two being South Korea and Japan – that were reportedly in a “travel bubble” agreement with the Kingdom.

Under this agreement, Thailand would accept tourists from these three countries and waive the mandatory 14-day quarantine requirement. They would still be required to secure COVID-19 insurance coverage, and a clean bill of health from their country’s health ministries before they will be allowed to travel to the Kingdom.

However, fresh outbreaks in China and South Korea in the middle of June had compelled the Civil Authority of Thailand to declare these talks as “indefinitely postponed.”

In a bid to revitalize foreign tourism, Prime Minister Prayut Chan-o-cha’s government had announced the “Phuket Model”, which would have reopened the province in a limited capacity to foreign tourism by October 1.

Under the new plan, dubbed as the “Safe and Sealed” plan by the private sector, tourists will not come from any of the three nations in the travel bubble agreement, but from Australia and New Zealand.

However, during a weekend trip to Phuket, the top officials overseeing the Kingdom’s tourism sector were not confident of a reopening being possible by October 1.

This view was shared by both Tourism Authority of Thailand Yuthasak Supasorn and Tourism and Sports Minister Phiphat Ratchakitprakarn following dialogues with local residents and business operators in the Phuket over the weekend.

The officials were in Phuket to gather information and measure the willingness and preparedness of the island’s residents in case the island was to reopen to foreign tourism, one of its main source of income.

Minister Phiphat said that they had already compiled the necessary data from each individual team that had joined the trip, and they will be submitting a report to Prime Minister Prayut. Updates are to be expected soon.

Fears of a second wave are also rampant following a new case of local transmission discovered over the weekend, further casting into doubt the return of foreign tourism in the future.