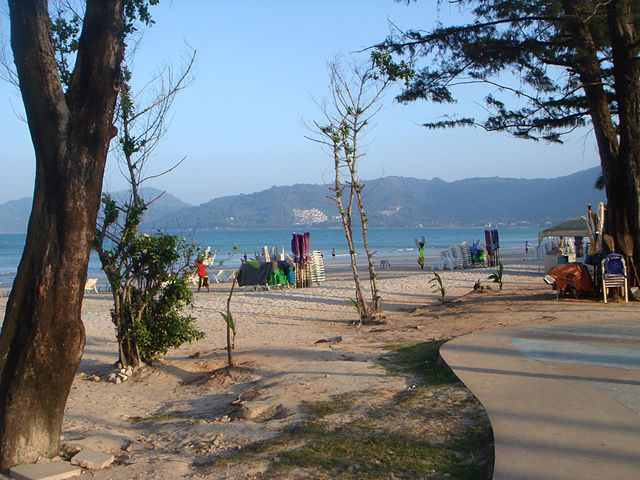 The Tourism and Sports Ministry wants to hold more events in Phuket and bring in more domestic tourists.
Photo By: Ahmad Ziyad Maricar / CC BY

In a bid to boost domestic tourism, Tourism and Sports Minister Phiphat Ratchakitprakarn said that there will be more events to be held in Phuket in the future.

Minister Phiphat was speaking to reporters attending the ‘We Run Phuket’ fun run on Saturday. The fun run was held at Patong Beach, with over 1,000 runners participating in the sports event.

According to the Minister, his agency had decided to put the fun run in Phuket in order to boost its economy. Before the pandemic, Phuket had been the second-highest income earner in the country. With the pandemic barring all travel from April until July, many businesses had been negatively impacted and the province’s economy had been badly crippled.

With businesses still closed, people are not earning any income from tourism. With events, however, Minister Phiphat said they could stimulate tourism and economy for the province.

Thus, he promised that more events will be organized to be held in Phuket in the future to support local tourism.

In addition to the ‘We Run Phuket’ event, Minister Phiphat also attended the opening of the ‘Amazing Thai Taste @Phuket #Local Food’ event.

Held at the Queen Sirikit Park in Phuket Town, the event showcased local cuisine and live entertainment. Connoisseurs and culinary experts from all over the province came together to display their wares before attendees during the event, which also featured live entertainment.

The event was organized by the Phuket Branch of the Tourism Authority of Thailand.

Patong also hosts the Phuket Surfing Contest 2020, which will be held until Tuesday, September 15, at Kalim Beach.

Phuket had been selected as a pilot province for the ‘Safe and Sealed’ plan of the Tourism and Sports Ministry, but there is yet no official date on when the ‘Phuket Model’ will be initiated by the government.

The plan is still pending an official public hearing with the Ministry of the Interior, and the local residents of the province.

Tourism authorities had visited the island province two weekends ago to assess local confidence in reopening and address whatever concerns they had.

Noting that certain parties in the province are averse to the reopening, the government declared that the Ministry of the Interior will be organizing the public hearing to be held at a yet unannounced date.

This led both TAT Governor Yuthasak Supasorn and Minister Phiphat to declare that the projected reopening date of October 1 will have to be pushed back, to give the government and the locals some time for a public hearing.

In the meantime, the Phuket International Airport held a “rehearsal” last week to run through the safety protocols the airport will implement for foreign tourists arrivals in the future.

Upon conclusion of the rehearsal, Phuket Provincial Governor Narong Woonciew said that the airport is ready to service foreign tourists and is just awaiting the go signal from the Central Government in Bangkok.